2020 was a rollercoaster, but it also brought a renewed love for golf

Covering golf, at every level and on every tour, in 2020 was unlike anything our writers have experienced. Through the end of the year, our staff is looking back on what will forever stand out from the season of COVID – a season during which every aspect of the game […]

Covering golf, at every level and on every tour, in 2020 was unlike anything our writers have experienced. Through the end of the year, our staff is looking back on what will forever stand out from the season of COVID – a season during which every aspect of the game we love was impacted by a global pandemic. Read the whole series here.

Everything was going just dandy until it all went to hell.

A year ago, looking ahead to 2020, I thought it could not be set up better. Tiger Woods would be the defending champion at the Masters in April, ensuring the annual rite of spring would be electric. After that, it was off to San Francisco and TPC Harding Park for the PGA Championship and then back east to Winged Foot.

In July, Royal St. George would host the British Open before golfers would be joining other athletes at the Olympics in Tokyo in August. Then, we’d enjoy FedEx Cup playoffs and then a Ryder Cup here in the United States. Oh yeah, the U.S. Amateur was going to Bandon Dunes, the U.S. Women’s Open was slotted for Champions Golf Club in Houston, and I was researching whether I would celebrate my 50th birthday in October with a trip to Pinehurst or Sand Valley. Asking for a better setup for my golf year would be gluttonous.

The PGA Merchandise Show gave me a great chance to catch up with friends and industry folks, even if it was so cold in Orlando last January that iguanas were falling out of trees. But flying back down to Orlando in March, I saw someone wearing a mask on my flight from Hartford. Word had started to spread about a virus in the Pacific Northwest that had come from China, but it did not affect me or anyone I knew. We were being encouraged to wash our hands a lot, so I was happy that the TSA did not confiscate the hand sanitizer bottle I had in my carry-on bag.

When I got to Bay Hill for the Arnold Palmer Invitational, everything seemed fine, but I took note of who shook hands and who fist-bumped friends. I fist-bumped and talked with players, caddies and reps from equipment companies around the massive practice green. Billy Horschel was looking for new clubs, Rory McIlroy told me that he sometimes took cold showers before bed to encourage a better night’s rest and I was able to swipe two more handfuls of Arnold Palmer tees for my collection before boarding a mask-less flight back to Hartford on Wednesday evening. 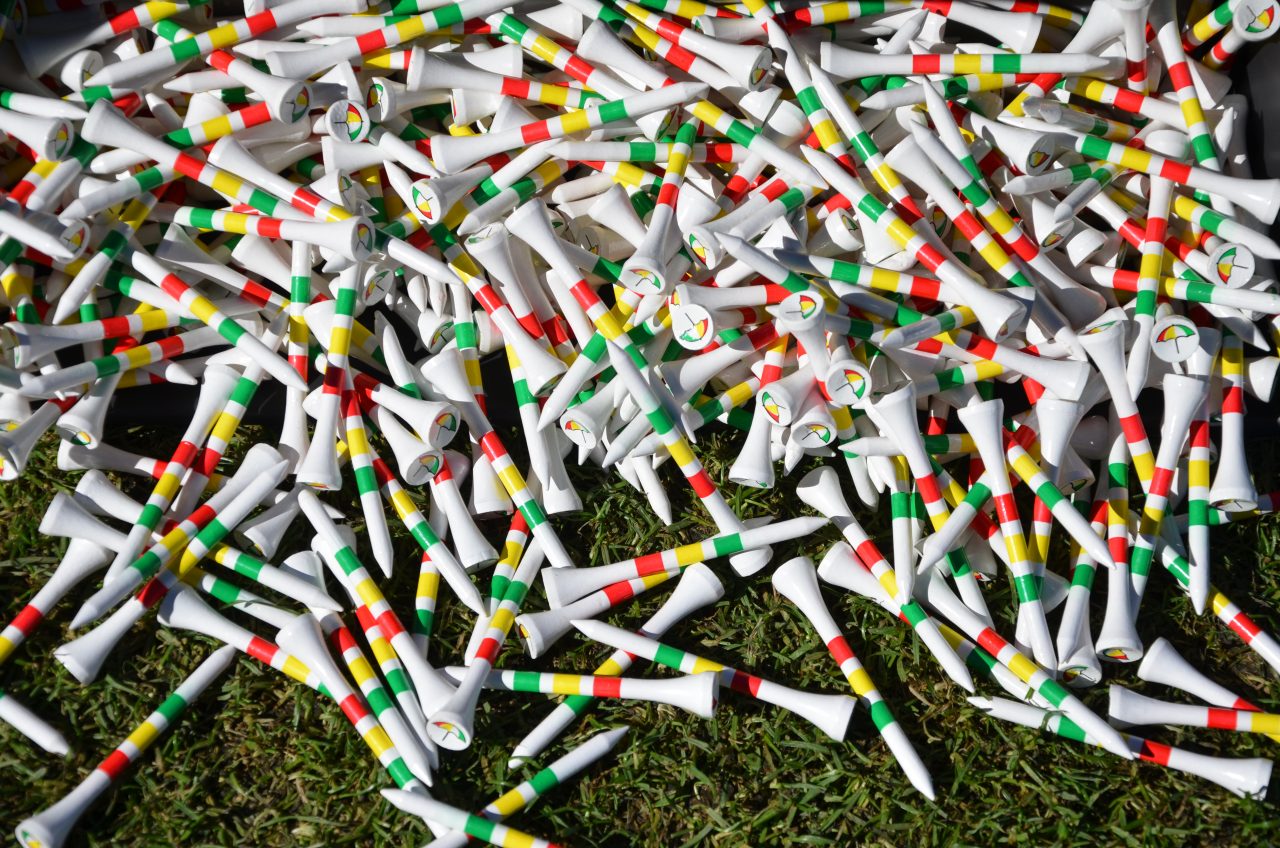 A week later, on March 11, the NBA shut down after Rudy Gobert tested positive for the coronavirus. Eighteen holes were played at TPC Sawgrass, but we wondered if spectators might be kept away from the Players Championship over the weekend. Then, on Friday, Jay Monahan made the right call in suspending The Players and the next three events, starting a hiatus for the game that would last until June.

As I write this, about 18 million people have now tested positive for the coronavirus in the United States, and nearly 320,000 people have died. It’s heartbreaking. I hate that being safe meant my kids had to start going to school virtually, that businesses had to shut down and people lost their jobs. I hate that I was furloughed for seven weeks during the spring and summer.

Unbelievably, however, I can make a compelling argument that COVID-19 has been massively positive for golf. As spring bloomed, people around the country played without shaking hands, paid greens fees online and kept the flagstick in the hole. Golf was proving to be one of the few things that people could enjoy safely during the pandemic, and people everywhere were re-discovering how fun it can be.

In early May, Massachusetts became the last state to allow courses to re-open. Equipment sales boomed, tee times at courses around the country were booked solid. I talked with a pushcart company in mid-May and was told its inventory was sold out until August. 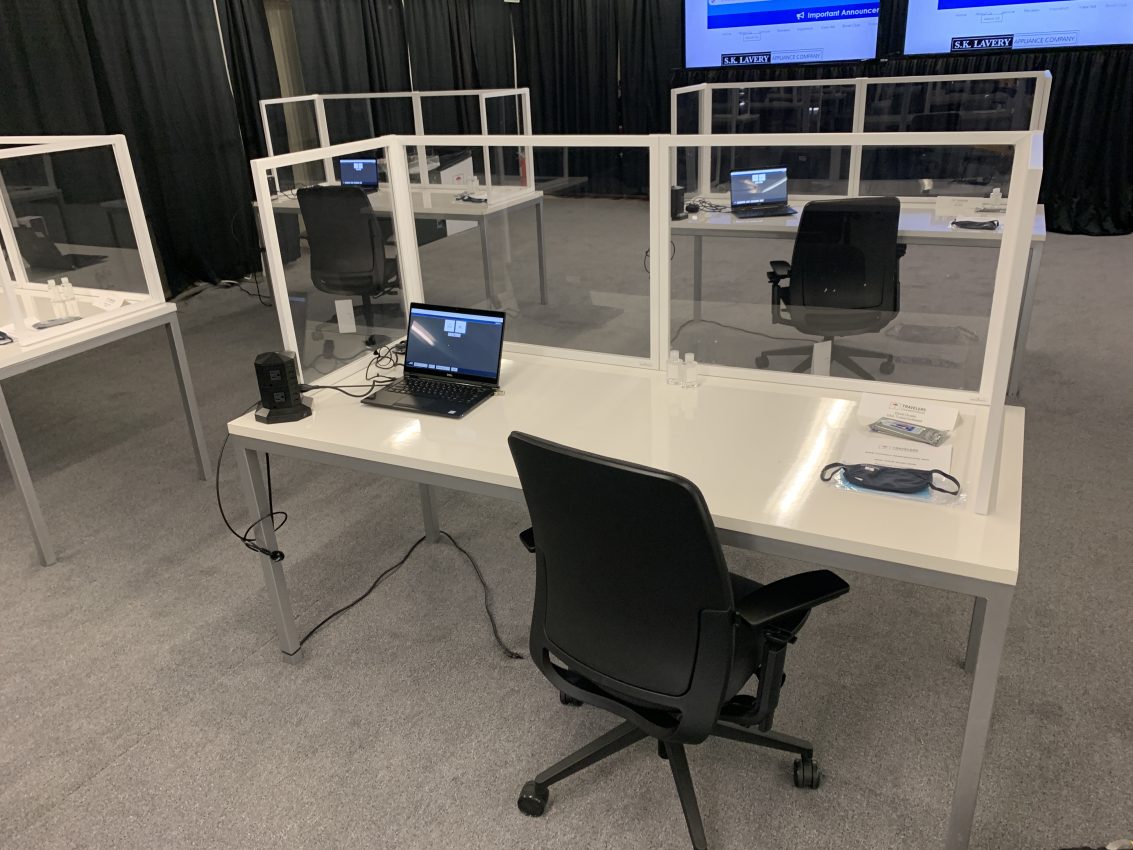 My workspace for the week at TPC River Highlands during the 2020 Travelers Championship. David Dusek/Golfweek)

The first PGA Tour event I attended after Bay Hill was the Travelers Championship in late June. I was tested for COVID-19 on Saturday before the tournament started, then worked at a desk surrounded by plexiglass. No talking with players. No access to the practice area. No access to the locker room or clubhouse. Press conferences were conducted via Zoom. Yes, I could go on the course, but there were no fans out there besides the homeowners watching from their backyards.

I was surprised to see so few players and caddies wearing masks. After all, Nick Watney had tested positive the week before in Hilton Head. After Brooks Koepka and Graeme McDowell withdrew because their caddies had tested positive, Monahan held a virtual press conference and spoke to the players through the media: Guys, take this seriously or you’re going to screw it up for everyone. The next day, Thursday, things were different. Masks were everywhere. The Tour even signed a deal with Whoop, a wearable company that makes the device that tipped off Watney that he might have contracted COVID-19. It distributed the wearables to all the players, caddies and tournament officials.

Meanwhile, my kids discovered golf, which meant if I was willing to buy ice cream after their lessons and our range sessions, I could hit more balls. I am happy to report that 11-year-old Lindsay Dusek was the last person on the range on National Women’s Golf Day in June. 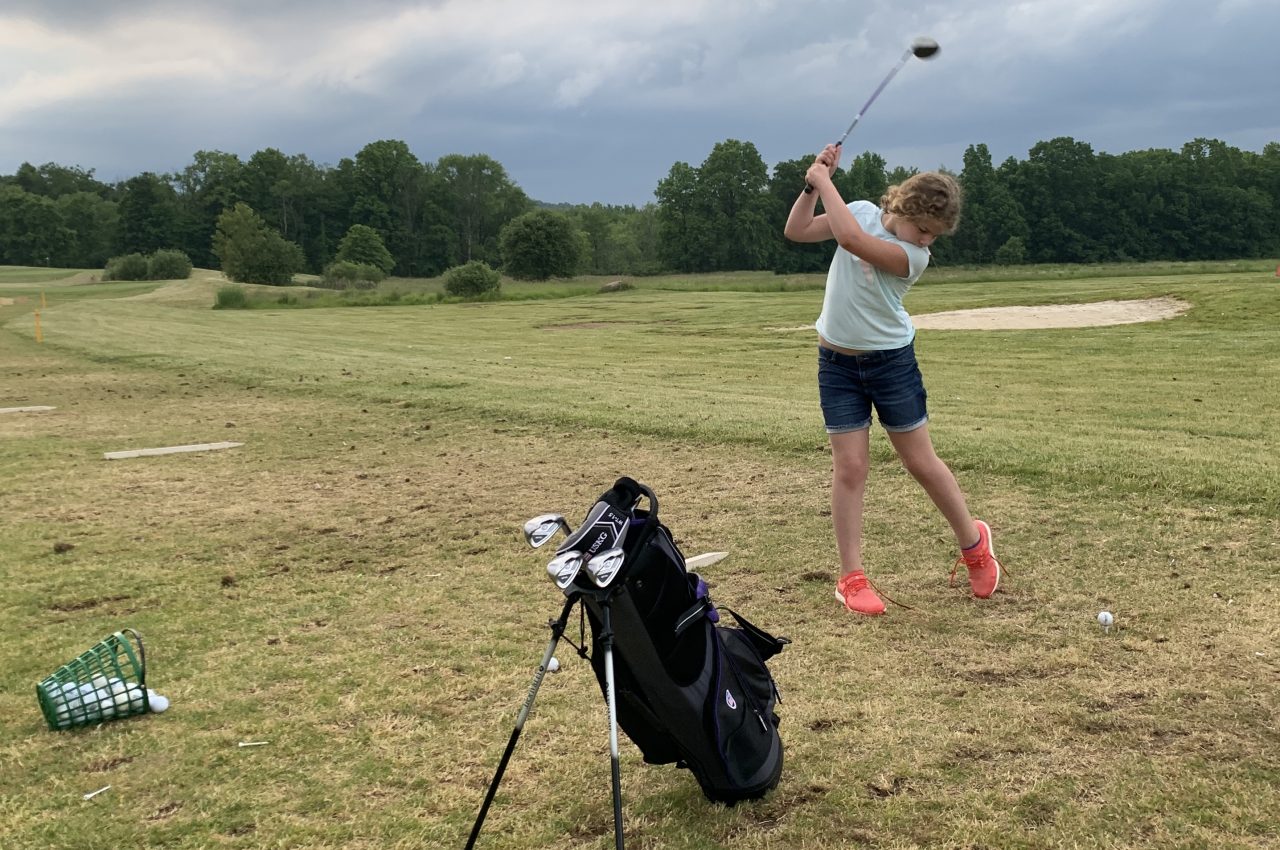 My daughter, Lindsay, on the range at Lyman Orchards Golf Center at the end of National Women’s Golf Day. (David Dusek/Golfweek)

I was one of a handful of people who walked 18 holes at TPC Boston following Rory and Tiger after seeing Dustin Johnson shoot 60. I saw Bryson DeChambeau overpower Winged Foot and further spark the distance debate. I talked with Christina Kim, Ted Scott, Brittany Lincicome, Mike Davis and a host of other bright people on The Forward Press podcast.

In a year filled with sorrow and pain for so many people, in many ways, my year in golf has been a blessing. After several weeks of putting in the family room last spring, I never performed better on the greens. I’m driving the ball better too, but now my chipping stinks. That’s golf, and I will never take it for granted again.