After Decades-Long Push, It’s Not Clear Who Will Bid In Arctic Refuge Oil Lease Sale : NPR 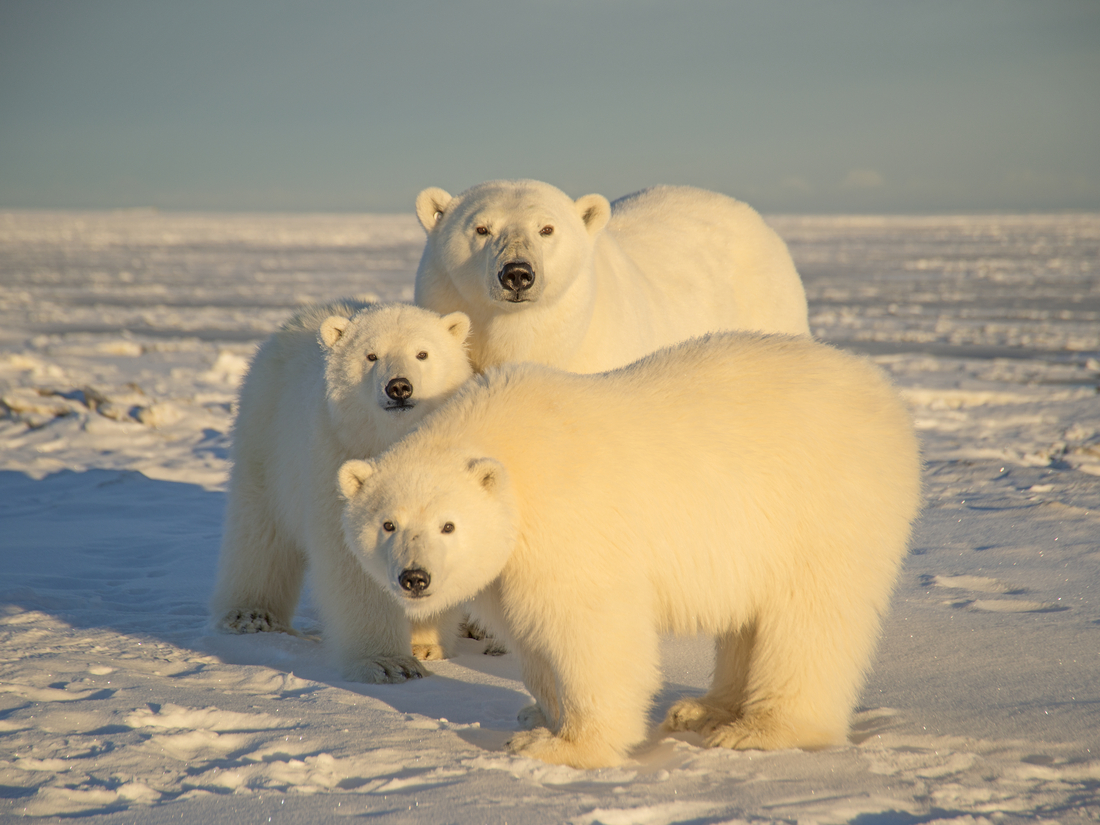 A polar bear with cubs in Alaska’s Arctic National Wildlife Refuge in 2014. 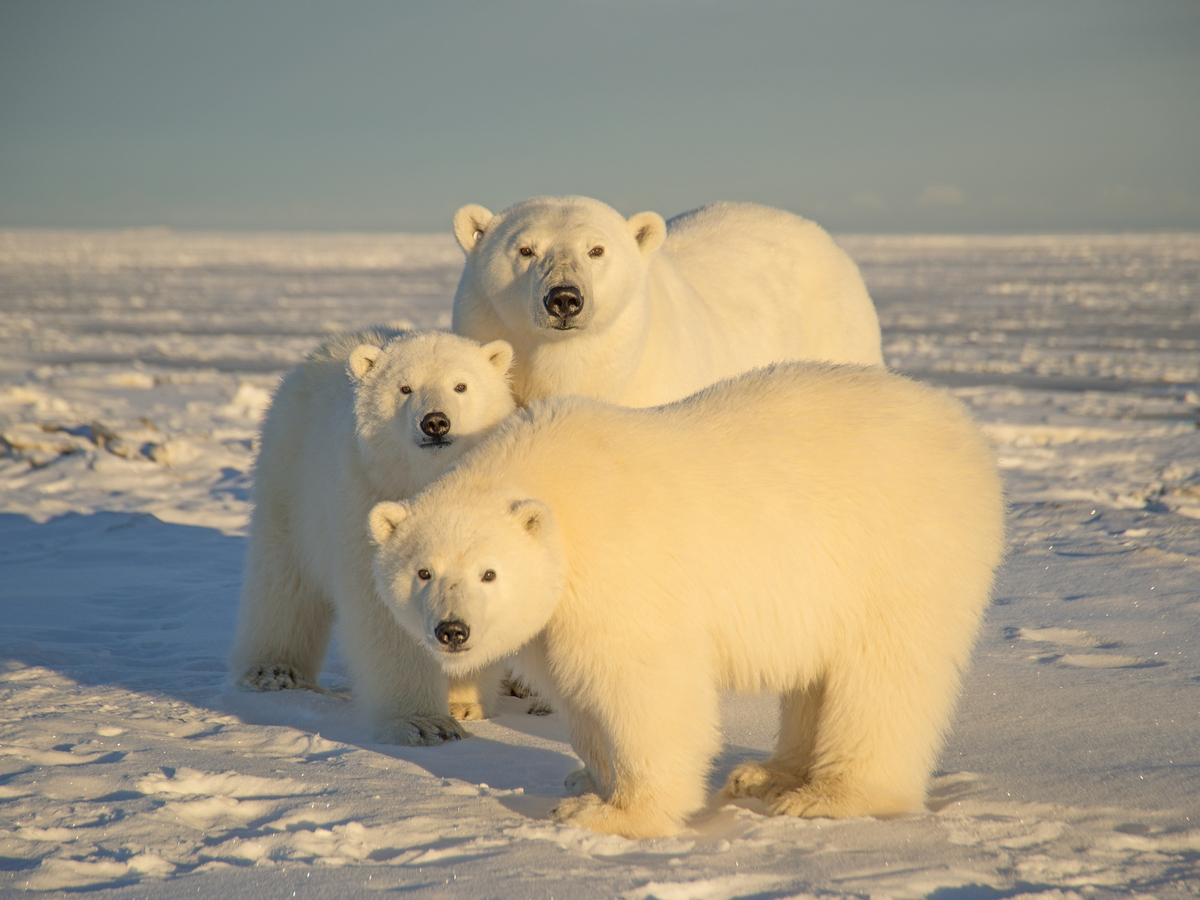 A polar bear with cubs in Alaska’s Arctic National Wildlife Refuge in 2014.

The event, January 6, marks a major moment in a 40-year fight over whether to develop the northernmost slice of the refuge’s coastal plain, home to migrating caribou, birds and polar bears.

Biden, as well as his pick for Interior Secretary — Rep. Deb Haaland — oppose drilling in the refuge. The hand-off of drilling rights to the highest bidders could make it more difficult to reverse course.

But despite the high stakes, uncertainty looms over how much oil is actually trapped under the million acres of tundra up for leasing, and how much industry interest there is to go find it.

‘We don’t know very much about this area’

The data on what’s under the coastal plain is decades old.

“We don’t know very much about this area,” says David Houseknecht, a geologist with the U.S. Geological Survey. Oil seeps and rock formations seem promising, but he says the agency hasn’t estimated the coastal plain’s oil potential since the late 1990s.

Back then, it relied on seismic testing from a decade prior, technology that’s now outdated. It found that anywhere from about 4 to 12 billion barrels of recoverable oil could lie beneath the federal lands. That’s a whole lot of oil, but also “a very large range of uncertainty,” Houseknecht says. “The seismic data that we have are quite old, low resolution and a sparse grid.”

The other challenge, he says: There’s no data from actual wells in the refuge.

Just one exploratory well has been drilled in the coastal plain, on Alaska Native land in the 1980s, and the results are a closely-guarded secret.

Mark Myers, a former commissioner of the Alaska Department of Natural Resources, is among only a few people who have seen the well results outside of the oil companies that paid for it.

“I signed a confidentiality agreement, and it didn’t have an end date on it,” he says with a small laugh. “I can’t comment on it, in terms of what I saw.”

A New York Times investigation based on interviews and legal documents suggested the results were not promising.

Houseknecht says geologists don’t know more about the coastal plain’s oil potential because it wasn’t until late 2017 that Congress decided to allow drilling there, after decades of debate.

In recent years, he says, USGS had the 1980s seismic data commercially reanalyzed and planned to use it for a new oil assessment. But after the opening of the refuge three years ago the Interior Department called off the work without providing a reason why.

Bidding could be “fairly lukewarm”

As for who will bid in the lease sale, that’s another mystery.

“Participation in lease sales is one of the most competitive and secretive things between companies,” she says.

Bidding has already taken place, but Moriarty says she doesn’t expect to know more until the federal government unseals companies’ bids during the January 6 event, which will be streamed online.

Controversy is one reason.

“It wouldn’t necessarily be good PR for them to be seen as drilling in the Arctic, or drilling in environmentally-sensitive areas,” she says.

Environmental organizations and some tribal groups have been lobbying oil companies, banks and other financial institutions to stay away from developing the refuge. A number of major banks say they won’t fund oil projects in the Arctic.

Opponents have also filed multiple lawsuits seeking to block drilling. They’ve raised concerns about its impacts on Indigenous people, the global climate, and wildlife, including the caribou that give birth in the coastal plain and the polar bears that den there. Even if leases are sold, legal experts say it’s possible that courts could later cancel them.

In response to concerns about wildlife, as well as oil industry interest, the Bureau of Land Management recently removed nearly a third of the original 1.6 million acres from the sale. Geologist Houseknect says those areas do not have high potential for oil.

Supporters of drilling the refuge, including many Alaska politicians, argue that it’s good for the economy and jobs.

Republican U.S. Sen. Lisa Murkowski worked with the White House to open the coastal plain to drilling as part of Trump’s massive 2017 tax bill. The idea was to create revenue to offset tax cuts, so the legislation directed the federal government to carry out two oil and gas lease sales by 2024.

The Congressional Budget Office estimates the leasing program could generate a windfall of $1.8 billion over a decade, to be split between Alaska and the federal government.

Critics of the sale, including the watchdog group Taxpayers for Common Sense, say they expect the dollar-figure to be much lower.

“For right now, this absolutely seems to make no fiscal sense,” says Autumn Hanna, vice president of the group. “We don’t need the oil. Why would we be going into such hard-to-access, sensitive places where the costs of exploration and development are so high?”

It’s already more expensive to drill in the Arctic compared to, say, Texas. On top of that, he says, oil prices are still relatively low after an oil-price war and the coronavirus pandemic hit the industry hard.

“The prices have fallen down to a level that leaves very little capital for exploration in these companies,” Myers says. “So that’s one of the biggest negatives.”

But perhaps the greatest uncertainty is the changing administration.

President-elect Biden says he opposes drilling in the refuge, and that he’ll take steps to permanently protect it, though he hasn’t said how.

Citing concerns about limited industry interest, Alaska politicians have lobbied for the state to step in. The board of a state-owned economic development corporation recently voted to bid up to $20 million at the lease sale.

The idea is the corporation could operate as a backstop, to submit minimum bids on the tracts and secure drilling rights in case no one else makes any offers. Then, at some point, it could partner with oil companies to do the actual drilling.

If any leases are bought and finalized, it will be just the start of a long process. Industry analysts say it would take at least a decade to actually pump oil out of Alaska’s Arctic refuge.