Behind the news – They stormed the Capitol, then posed for selfies | 1843 magazine

Trump supporters were prepared for battle as they tried to block confirmation of Joe Biden’s election victory. 1843 reports from the scene Jan 7th 2021 by Linda Kinstler The mob finally began to filter out of the Capitol and disperse across the city at around 4pm. It was January 6th […] 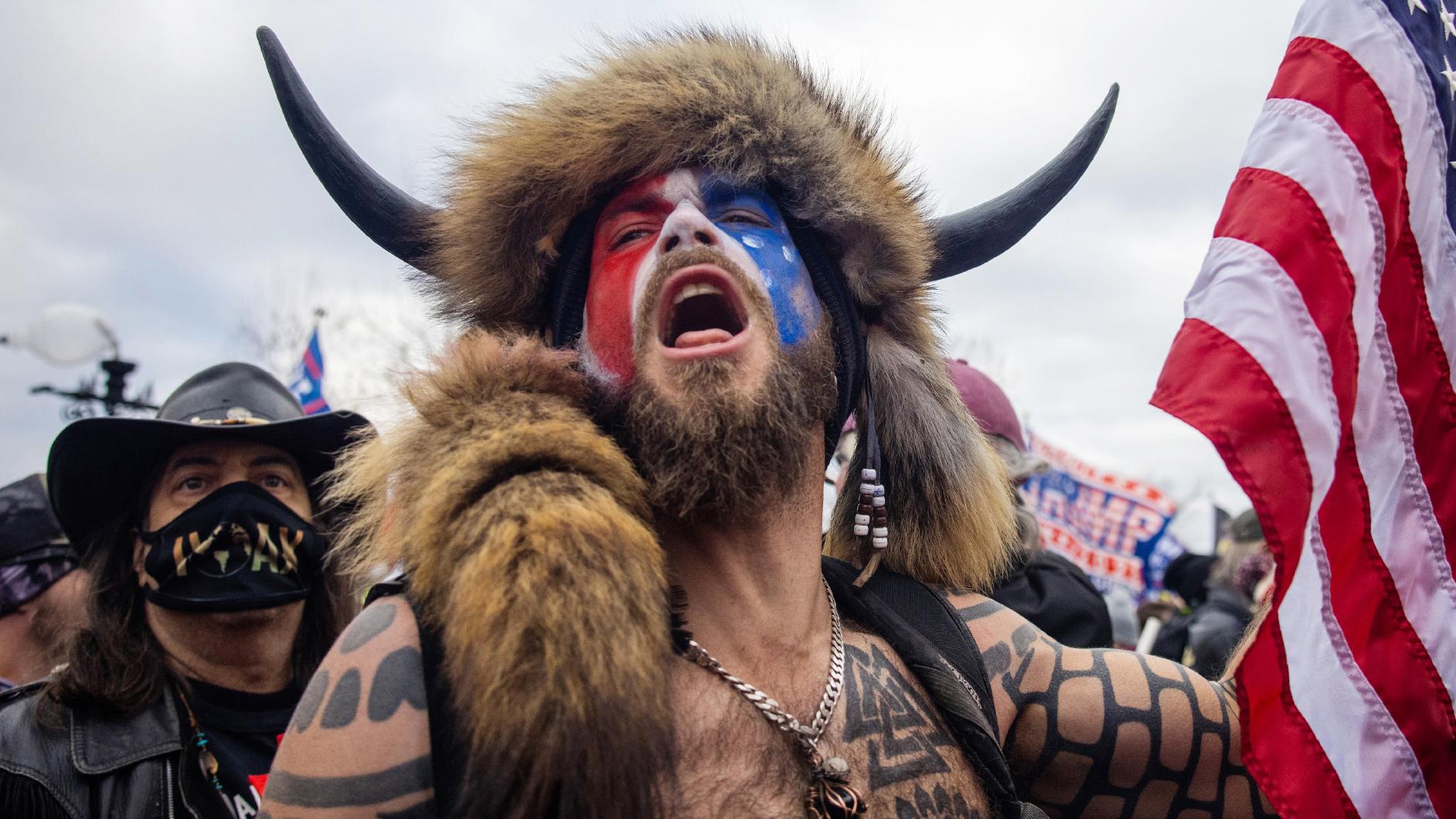 The mob finally began to filter out of the Capitol and disperse across the city at around 4pm. It was January 6th and there were two weeks left of Donald Trump’s presidency. Only hours before, the angry horde had stormed the bastion of American democracy. Now they walked away in groups, their Trump flags rolled up and perched on their shoulders, their Make America Great Again hats providing little insulation from the cold. They tucked their signs – “Stop the Steal”; “Overturn Biden Win”; “Dead People Can’t Vote” – under their arms.

Many were conscious they were in hostile territory – Joe Biden won 93% of the vote in Washington, DC – and most regarded passers-by with suspicion. A woman in a minivan shouted at two young men who were brandishing an unfurled Trump flag: “Don’t bring that flag here! Do not bring that flag here!” This only incited them to wave it higher. A larger group of people retreating from the riot passed a row of Biden signs on their way back to their hotel. They gestured at them derisively but left them alone. Outside a nearby hotel Trump supporters in desert camouflage stood guard as families came and went. With water bottles in their holsters and guns at their side, they looked ready for battle, though it was unclear of what kind.

At the instigation of the president, the mob had assembled on the day that a joint session of Congress was due to certify Joe Biden’s election as president. Late last year Trump tweeted “Big protest in D.C. on January 6th. Be there, will be wild!” His supporters flooded into Washington on coaches from across the country and checked into downtown hotels. Some prepared for insurrection in rooms built to accommodate the now-nonexistent class of business travellers, with floor-to-ceiling windows and flatscreen TVs. I watched a pair of rioters run up a set of translucent stairs in the lobby of one such venue, beers in hand, their work done.

It hadn’t taken long to break into the Capitol building, deface its walls and threaten its occupants. The attackers encountered few obstacles on their way in and few on their way out. They climbed up scaffolding erected for the inauguration of Joe Biden on January 20th, covering it with Trump flags and pledging to “stop the steal”. They were caught on camera filing obediently along velvet rope lines, before gathering in front of the House chamber to push their way inside. Some broke through a barricaded door. The police opened fire. One woman was shot and later died. The rioters accompanying her were not detained. “It was a joke to them until we got inside and guns came out,” a man from New Jersey told a reporter.

With water bottles in their holsters and guns at their side, they looked ready for battle, though it was unclear of what kind

There was little doubt that some members of the mob wanted violence. A number were armed with rifles and shotguns. They sported bullet-proof vests, ski goggles and neo-Nazi insignia. A man dressed in black camouflage was photographed carrying a handgun and a handful of zip ties – used to handcuff people – as he hopped over a railing in the Senate chamber. Someone had graffitied “Murder the Media” on an exterior door. A police officer held it open for rioters when they were finally pushed back outside. Emerging from the halls of Congress, some raised their fists in triumph.

They declared their invasion to be a “revolution”, but they were not revolutionaries in any sophisticated sense of the word. Their only ambition was to create chaos. In this they succeeded. As 6pm loomed – the curfew hour declared by the city’s mayor – the aimlessness of the insurrection became painfully clear. Police assembled behind plexiglass shields while rioters took selfies, shouted and stared impotently.

For many, this was merely a photo opportunity. The most striking images of the day were already circulating online: rioters lounging in lawmakers’ offices, reading emails, stealing post, posing on the congressional floor. These photographs were their victory trophies, proof that the dark fantasies of online forums and Facebook groups could be realised, if only for a moment.

They looked lost as they fell back. Trump supporters huddled together up and down Massachusetts Avenue, close to the Capitol, staring at their phones as they tried to find their way back to their hotels. Residents shouted “Fuck Trump” at them from apartment buildings and rioters yelled back. Alongside men in fatigues and army jackets were teenage girls and young families with children, an unlikely assemblage of individuals brought together in support of an illegal cause.

By nightfall, the House and the Senate had been secured and the curfew had begun. But the crowd lingered. It took more than an hour for police to push the remnants of the mob down the street. Arrests followed but most rioters had already left the scene. Those who remained shouldered their flags, turned around and, willingly or otherwise, beat their retreat.■

LINDA KINSTLER is a freelance writer based in Washington, DC