Many of us won’t be putting airline tickets on our credit card or using plastic to pick up the tab for a big holiday dinner at a fancy restaurant with the extended family. We’re just not looking at that kind of holiday spending in 2020.

But consumers, being consumers, are bound to pile on a little debt, as well as a few pounds, from Thanksgiving through the end of December.

And the odd nature of 2020 means that many consumers have more wiggle room to use their credit cards to go shopping. The question is: How much will they use credit?

Credit card balances are way down from a year ago, thanks to limits on our lifestyles due to the COVID-19 pandemic.

Average credit card balances for consumers dropped about 10.5% to $5,075 in July through September, according to the latest data from TransUnion. That’s down from $5,558 in the third quarter in 2019. 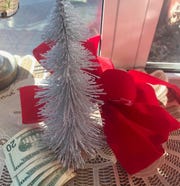 Consumers on average are carrying smaller balances on their credit cards going into the prime holiday shopping season than a year ago, according to TransUnion. (Photo: Susan Tompor, Detroit Free Press)

Two factors are at play.

One, consumers did have far more cash to spend — and pay down some debt — earlier this year once they began receiving the healthy stimulus checks that were rolled out to cushion the fallout as businesses locked down and regrouped to battle the virus.

Second, many people stopped splurging once the pandemic — and job losses — hit.

Siegfried says you can go back to the first few months of 2020 when many consumers engaged in the mass hysteria of stocking up on toilet paper.

“What you saw was a consumer who became quite focused on different priorities,” Siegfried said.

For many people who had extra money, their discretionary spending ground to a halt as they feared what would happen next.

Fast forward a few months. We saw spending kick up a bit but consumers still weren’t pulling out credit cards to go to restaurants, sporting events, theaters and hotels.

Airline travel, for example, had pulled back so much that Siegfried said he was able to pay roughly $440 for round-trip tickets for his family of four to fly from Chicago to Baltimore to visit family at a beach rental some months ago. Now, he’s priced the same flight at around $240 a ticket — or $960 — for four airline tickets.

Thankfully for retailers, many consumers aren’t looking at a personal credit crunch.

“Consumers have access to credit and their balances are lower, which means they have room to spend,” Siegfried said.

“Those consumers have runway, if you will, to go spend with their credit cards.”

More: Get a game plan for paying student loan debt in 2021

The immense slowdown in the growth of credit card balances during the last few quarters, experts say, might have positioned consumers to make more holiday purchases. We will see what happens.

What’s also key: The recent declines in credit card balances reverse a trend. Balances were actually going up in the third quarter right before the holiday seasons in 2017, 2018 and 2019.

Last holiday shopping season, according to TransUnion, consumers added $40.8 billion in credit card balances on their bank cards — up nearly 27% from the 2018 holiday season.

How people feel about the future will greatly influence how they use their credit cards to cover holiday bills.

Many older consumers who have more money to spend remain scared of leaving the house — but they can shop online. Younger consumers, many who work in restaurants or other service businesses, are more fearful about their financial health.

More than half of consumers said they have been financially impacted by the COVID-19 pandemic, according to a TransUnion survey in late October.

Of that group, half said they expect to decrease retail spending in the next three months. And nearly six in 10 will do less discretionary spending.

Paying attention to how you use credit this holiday — and the variety of options out there — can be even more important during a time of uncertainty. Here are some things to ask before you use credit:

How much will carrying a balance cost?

Nobody should dig themselves into a financial hole to try to create holiday magic in a year that wasn’t all that spectacular to start.

One way to save money is to pay attention to the price we’re paying for credit, especially if you’re not able to pay off your credit cards each month.

While the Federal Reserve has pushed short-term rates to 0% during the pandemic, the annual interest rates on many store-brand credit cards are around 25% to 30%, according to a report by CreditCards.com.

Not exactly a bargain basement rate.

Even so, many adults — roughly 43% — have applied impulsively for a new credit card while they’re at store checkout.

Yet, you’re looking at an annual interest rate of 29.99% if you open store-only cards from retailers such as Zales, Big Lots, Discount Tire, Jared The Galleria of Jewelry, Piercing Pagoda and Kay Jewelers, according to CreditCards.com. The rates were unchanged from last year’s survey.

“If you do get charged interest, it’s going to be at that super high rate,” said Ted Rossman, industry analyst at CreditCards.com.

The rates on store-only cards can be higher, he said, in part because these cards are easier to get and card issuers aren’t as selective when it comes to the consumers’ credit history. But there’s a price to pay for that easy access to credit.

What about those special deferred-interest deals?

Many times, shoppers take on a big-ticket purchase, such as an engagement ring, with an offer of 0% for the next 12 months. Some offers are deferred-interest programs where no interest is charged upfront but you’ll rack up super-sized interest charges if the bill isn’t paid in full during the limited time of that special offer.

“No interest sounds great, but there’s a huge catch there if they’re going to charge you retroactive interest,” Rossman said.

The buy now, pay later isn’t just a concept for furniture stores. Everybody from Old Navy to the Lip Bar to Chico’s to iRobot to Peloton to Hush Puppies to Walmart is offering some sort of online or in-store deal for just three or more easy payments.

The payment plans are offered through companies like Afterpay, Affirm, Klarna and Pay in 4 by PayPal. The programs have different rules and may not be offered on every purchase or in all states.

The PayPal Pay in 4 option, for example, allows someone to buy a gift online, split the cost into four payments, and pay every two weeks. Participants include Coach, Best Buy and Dick’s Sporting Goods.

For some consumers, these deals can be better than opening up a new credit card. By making fixed regular payments, consumers aren’t dragging around their debt for years, as they would by making only the minimum payment on credit card bills.

But again, you want to be sure to be able to pay off the bill in time to avoid any extra costs or hits to your credit score. Read all the fine print to fully understand the rules.

As much as we’d like to be hopeful that a COVID-19 vaccine could be part of 2021, we don’t know how well things will really go.

Going forward, credit card issuers could unexpectedly cut your line of credit as some did in 2020. Saving some extra cash on the sidelines — and leaving some room on your credit card for future emergencies — may be the best way to go.