Last week, Ayiana Davis Polen finally set foot on the campus of Spelman College — a historically Black liberal arts school for women in Atlanta. She’s a freshman there but had started her college experience last fall taking classes from her bedroom in Puerto Rico. Back then, she wasn’t sure […] 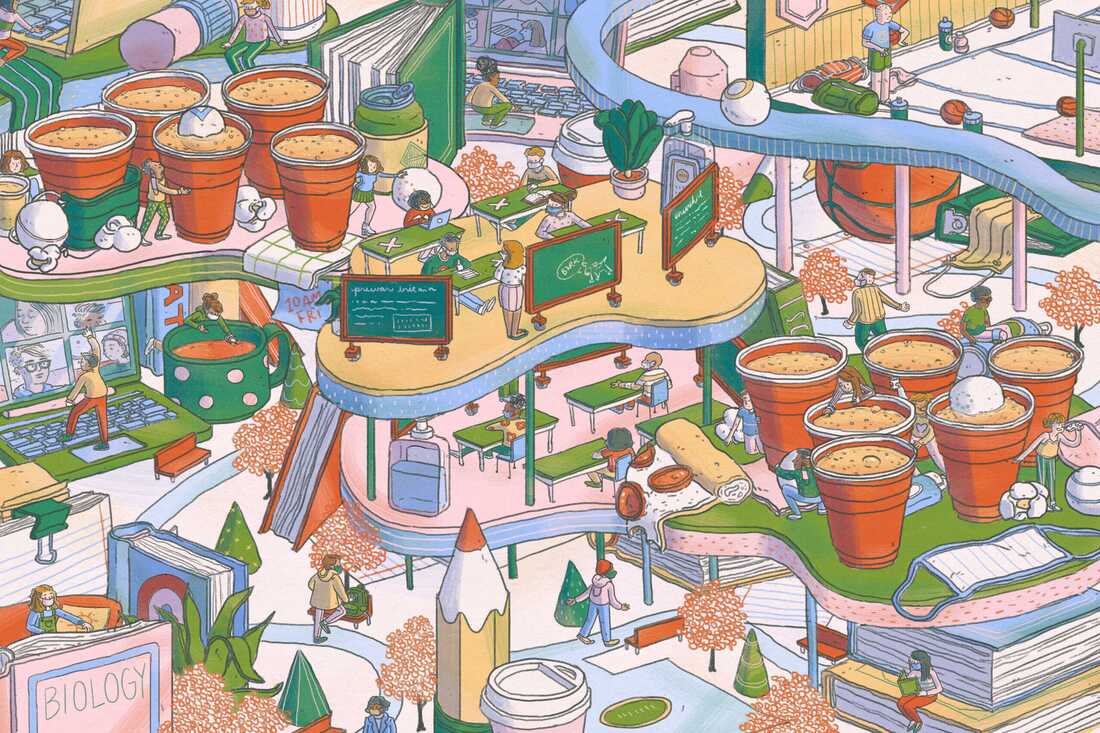 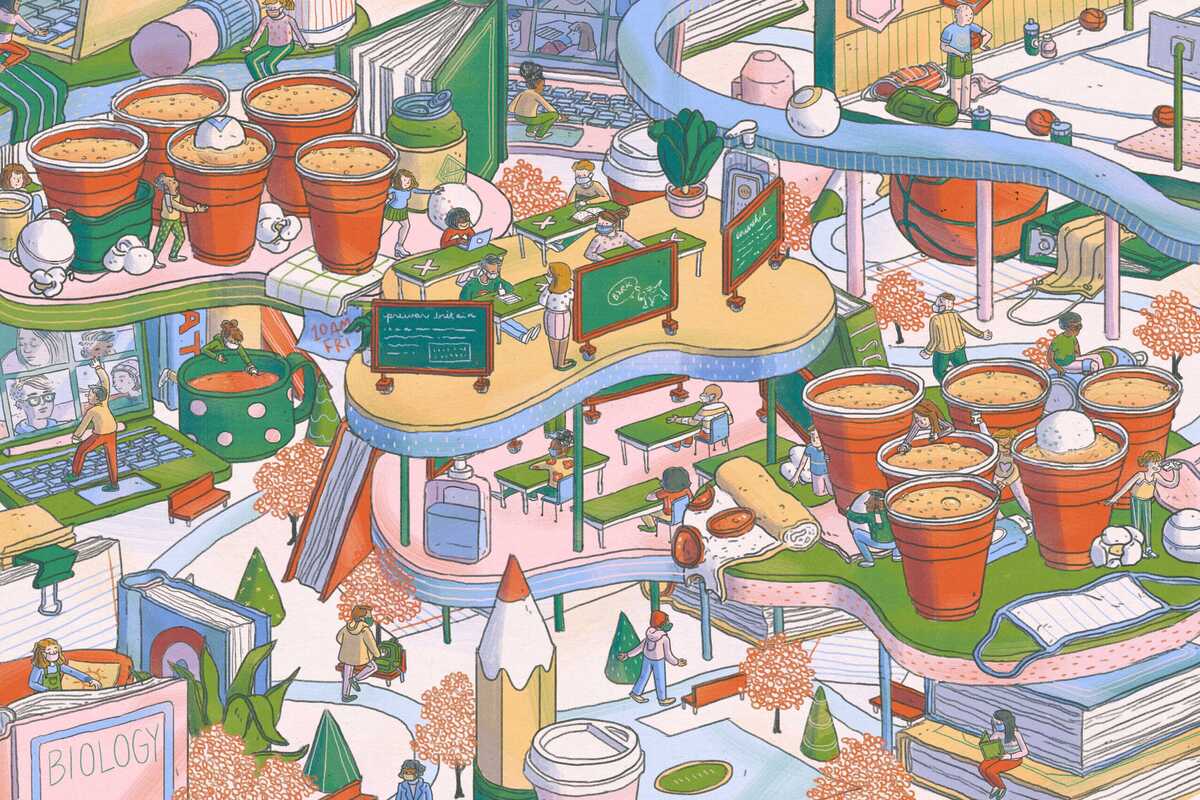 Last week, Ayiana Davis Polen finally set foot on the campus of Spelman College — a historically Black liberal arts school for women in Atlanta. She’s a freshman there but had started her college experience last fall taking classes from her bedroom in Puerto Rico.

Back then, she wasn’t sure if it felt like college — but then again, she had nothing to compare it with.

Now, she’s about to. Spelman, like many colleges across the U.S., is beefing up its in-person offerings for the spring semester. For Davis Polen, that meant there was a spot for her in a dorm on the picturesque campus.

“It’s pretty nice,” she said Friday, as she settled into her single room. “I definitely feel the difference, because there’s new people all around me. Obviously it’s going to have certain restrictions, but I think I’ll start to get an idea of college.”

More than a quarter of colleges are offering in-person components this spring, according to new data from the College Crisis Initiative, or C2i, published in The Chronicle of Higher Education. Smaller institutions are more likely to be in person, as are private four-year colleges. Public universities and community colleges are much more likely to be online. The data show that about 40% of colleges are primarily online in the spring, though about 25% of schools in the dataset are listed as “undetermined.”

“There is a trend towards more in person, but the majority of changes we’re seeing are in the margins,” explains Christopher Marsicano, who leads the team at C2i and is an assistant professor at Davidson College in North Carolina, where C2i is based. “We are not seeing many institutions go from fully online to fully in person.”

Instead, he says, colleges are keeping some classes remote but are trying to have more in-person offerings. “Because that’s what students want and that’s where the demand is.”

About 200 colleges have delayed the beginning of in-person classes, according to the new data. In North Carolina, several universities, including the University of North Carolina at Chapel Hill and Appalachian State University, started the semester online, with plans to begin in-person classes several weeks later. Both universities cite high levels of coronavirus spread in their communities for this delay.

“Delays are a fantastic tool to try to keep students safe,” says Marsicano. “We know that students coming to campus spread COVID-19. We also know that COVID-19 numbers are the worst they’ve been in a long time right now.”

And despite the best attempts to maintain a bubble over a campus, there is research to suggest that colleges aren’t insular. In the fall, through genomic sequencing, Paraic Kenny and Craig Richmond discovered links between the coronavirus infecting college students in La Crosse, Wis., and patients in nearby nursing homes.

“If you get a lot of cases on the college campus, transfer to nursing homes can occur and it can occur very, very quickly,” says Kenny, a cancer biologist and director of the Kabara Cancer Research Institute. By the end of last year, 33 deaths in La Crosse nursing home facilities were found to be linked with the same virus strain that was circulating on the local college campuses at the start of the semester.

And indeed, campuses have already seen high numbers of cases among students returning for the new semester.

The University of California, Berkeley is seeing a “surge in confirmed COVID-19 cases among students.” The College of Charleston in South Carolina announced concerns that “large, non-socially distanced, unmasked gatherings” were contributing to high levels of spread on campus. At the University of Richmond in Virginia, the return of students two weeks ago brought “a disturbing uptick” in positive cases. Much of that spread was happening among students living off campus, which caused the university to restrict off-campus students to remote classes until Feb. 8.

“Whenever COVID-19 numbers get higher, any intervention that stops student mobility, that stops students from going from point A to point B, is going to help keep those cases down,” explains Marsicano. Last fall, several colleges implemented lockdowns under which students could leave their homes or dorms only for essentials, like getting groceries or going to class. Research has shown that transmission is far less likely to happen in a masked, socially distanced classroom than off campus at large gatherings or among students living together.

At the University of Michigan in Ann Arbor, the local health department last week issued a two-week lockdown for students in an attempt to slow the spread of COVID-19 on campus. Several other schools have done the same thing. To the north in East Lansing, Michigan State University has one in place now. Union College, a small school in upstate New York, emerged this week from its two-week lockdown, following a spike in cases in early January.

“I am nervous about getting it,” said Sophie Brown, a sophomore studying art history at Union College. “I haven’t dropped my guard, even though COVID and this way of life seems to be the new norm.” She said she knows the risks: “I feel like that’s where you run into the most trouble, because we’re at a point in our lives where we want to go out — we want to go and meet new people and kind of be in college. But we also kind of have to take a step back and look at the bigger picture.”

For many campuses, the spring will look and feel similar to fall, with mask mandates, limits on larger gatherings, to-go food options and socially distanced spaces. The frequency and prevalence of testing for the coronavirus is much improved, however, after research and case studies have demonstrated the importance of regularly testing the entire student body — including those who live off campus. The Centers for Disease Control and Prevention, which ahead of the fall semester had not recommended that colleges test students on arrival, has since updated its guidance to more clearly explain the benefits.

Another lesson learned from last spring, when the virus was first spreading: It’s not a good idea to have a spring break. Many schools have announced there will be no spring break this year, based on research that shows leaving campus to be with friends and family and then returning a week later seeded multiple outbreaks in 2020.

While there is demand for more in-person opportunities — and major challenges to virtual learning, including connectivity issues, Zoom fatigue and extra costs for devices — the majority of students taking online classes want those options to continue, according to survey research from nonprofits Third Way and New America. Those surveys also found that the pandemic has eroded students’ trust in their college leaders: Half of college students in the survey agreed with the statement “my institution only cares about the money it can get from me.”

At Spelman College in Atlanta, leaders invited first year students to apply to live on campus for the spring semester. To have a low-density campus, they anticipated turning some students down. But only a fraction of the class applied. The number was low enough that the college expanded on-campus housing to the entire student body. Every student who wanted to be on campus got a spot.

Ayiana Davis Polen, one of the nearly 250 students on campus, says she’s grateful. She says she’s not nervous about getting the virus, saying she has friends who returned to other campuses in the fall and didn’t get it.

“There’s things that I can do to prevent getting sick, so I’m just going to make sure I take the proper steps,” she says. She has a thermometer and has been taking her temperature twice a day — when she wakes up and before she goes to bed. She’ll wear a mask when she leaves her dorm, and she’ll avoid crowds.

The interesting twist for Davis Polen is that even though she’s now living on campus, all classes but one — piano — are online. “It’s true I’ll still be doing my classes from a desk in my bedroom, but at least this semester I’m in a dorm. I’m still excited.” She hopes there will be opportunities for social interactions, like study groups, so she won’t feel like she’s doing school all by herself.