Rick and Morty’s sixth episode changed the story of Thanksgiving while also ruining some of America’s most sacred monuments.

Although “Rick & Morty’s Thanksploitation Spectacular” aired in July, it’s the perfect Thanksgiving special for Rick and Morty. In the series’ typical over-the-top fashion, they manage to deconstruct the Thanksgiving story and tradition that’s been followed for centuries by revealing dark secrets about America’s past. Just when everyone thought they knew about American history, it turns out that turkey dinosaurs once ruled the land before two warring alien factions united to overthrow them. While the aliens and turkey soldiers did plenty of damage to each other in the episode, they and the titular characters also destroy many historical monuments throughout the country.

The majority of the damage done to sacred pieces of history occurs in the episode’s first scenes. It starts out with Rick and Morty easily invading the National Archives Museum, where they intend the steal the U.S. Constitution for the sole purpose of using the hidden treasure map on it. As they enter the room, Rick’s RC car knocks down a bust of Founding Father Thomas Jefferson. Rick doesn’t even plan on returning the Constitution since he views it as a piece of paper with instructions on running a country — and those same instructions are online. He opens the safe by using his laser gun without breaking a sweat and comes face to face with the Constitution.

Rick then gives Morty the laser gun to hold while he tries to crack the hermetic seal to the documents. However, Morty suggests he should use the laser gun again since it worked the first time but accidentally points and shoots. The laser blast destroys some of the Constitution and immediately blows off Abraham Lincoln’s head at the Lincoln Memorial. It then makes its way to Philadelphia, passing through the Liberty Bell and Independence Hall before somehow reaching New York City and blowing up the Statue of Liberty. Underneath the statue’s iconic exterior is a hidden assassin robot prepared to do damage. However, it’s not seen for the rest of the episode. Rick explains that it was a Trojan horse all along and to “never trust the French.”

Rick and Morty‘s cold open wasn’t the only time historical symbols were defaced. Later on, the Turkey President turns the Washington Monument into a rocket ship and sends it into space. Attached to the monument is a ray that will turn all turkeys into humanoids. While Morty succeeds in going to space and destroying the ray, he also accidentally destroys the Washington Monument as well. The laser from earlier in the episode also slices through the American flag on the moon, which the Apollo 11 crew planted in 1969.

RELATED: Rick and Morty’s Spin on Ferris Bueller’s Day Off Proves the Kids

But perhaps Morty’s greatest crime in the episode is killing a President. No, not President Curtis, who also became a turkey, but President Franklin D. Roosevelt. When all the turkeys who were not pardoned are sent into a dungeon below the White House, they are fed to a spider hybrid of FDR. Apparently, the 32nd president was experimented on in the 1940s for the polio vaccine and received this spider mutation that managed to keep him alive to this day.

Rick and Morty manage to stave off FDR before reverting back into humans, giving themselves a chance to fight. Morty messes with a control panel and turns it into a torch, tossing it at Roosevelt and incinerating him immediately. Despite being a mutant spider, FDR is arguably the most revered president since Abraham Lincoln, though Rick reminds Morty and the audience to not mythologize him; “he was a politician.”

While all of this accidental destruction of famous American symbols seems bad at first, it can be good for the present and future of society in the long run. Rick and Morty is a show that’s willing to recklessly destroy them and show that the country can still survive without them.

Watch new episodes of Rick and Morty on Sundays at 11 p.m. ET on Adult Swim.

KEEP READING: Rick and Morty May Have Hinted [SPOILER] Is the Ultimate Evil 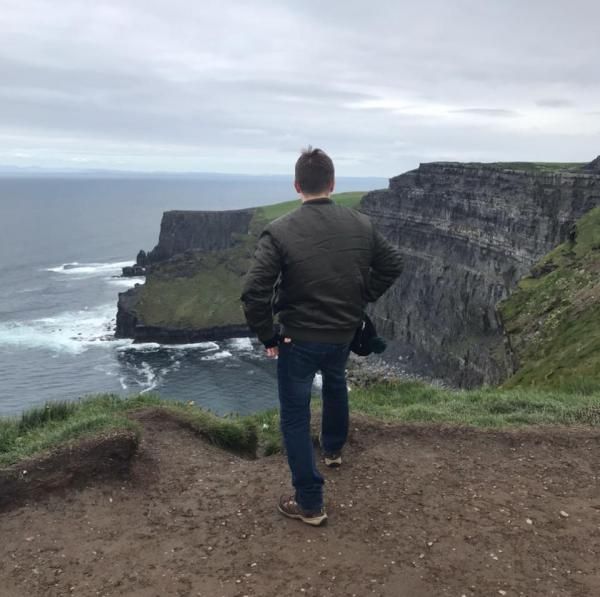 Writer for CBR.com since January, 2020. You can find him on Twitter @mike_mccarrick Super fan of Avatar: The Last Airbender, Legend of Korra and BoJack Horseman. Spends October scaring people at the Bates Motel and Haunted Hayride. Also loves Studio Ghibli, Wrestling, Shakespeare, Video Games, some Broadway and ’80s Thrash Metal.