Ford Motor Co. on Tuesday unveiled its site plan for Michigan Central, the project to transform the area around the historic former train depot in the city’s Corktown neighborhood into a campus focused on the mobility and transportation methods that will define the future of the automotive industry. At a virtual […]

Ford Motor Co. on Tuesday unveiled its site plan for Michigan Central, the project to transform the area around the historic former train depot in the city’s Corktown neighborhood into a campus focused on the mobility and transportation methods that will define the future of the automotive industry.

At a virtual community meeting, the Dearborn automaker revealed its vision for the four-building, 30-acre campus, which it is in the midst of redeveloping via a $740 million project that aims to connect to the surrounding neighborhood. The automaker described the planned campus as an “inclusive, vibrant and walkable innovation district.”

“At Michigan Central, we are taking a collaborative approach to innovation, including providing flexible work spaces that attract and engage the best minds to solve complex transportation and related challenges as we shape the future of mobility together,” Mary Culler, Ford’s development director for the project and president of the Ford Fund, said in a statement. 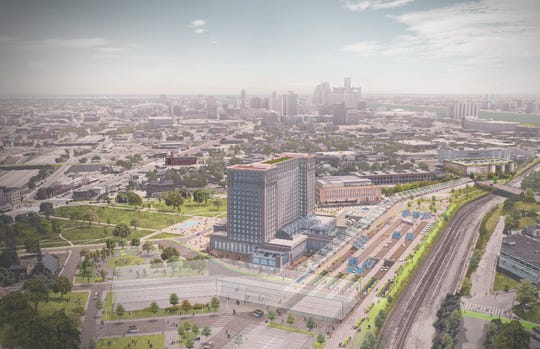 Project leaders said that, despite the novel coronavirus pandemic, the project remains on track, with the Book Depository building and a parking “hub” expected to open in early 2022 and Michigan Central Station on track to be completed by the end of 2022.

Bill Ford, Ford’s executive chairman, in 2018 first announced plans to restore Michigan Central Depot, which had been abandoned since 1988, into the centerpiece of an innovation hub that will eventually be home to some 5,000 employees.

The project’s lead architect and strategic planner is New York-based Practice for Architecture and Urbanism. 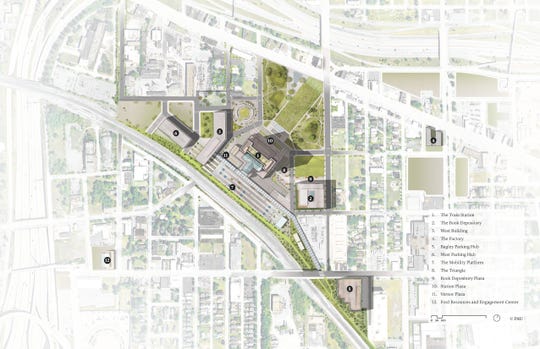 One of the key components of the plan is the redevelopment of the Albert Kahn-designed Book Depository building that sits adjacent to the station. Architecture firm Gensler is converting the building into a mixed-use maker space that will feature co-working areas, labs and innovations studios.

An exterior plaza and cafe outside the Book Depository will connect the building and the street. The northwest corner will feature a new main entrance connecting visitors to a pedestrian walkway that links the north, south and east entrances, and connects with adjacent buildings and open spaces, according to a news release. 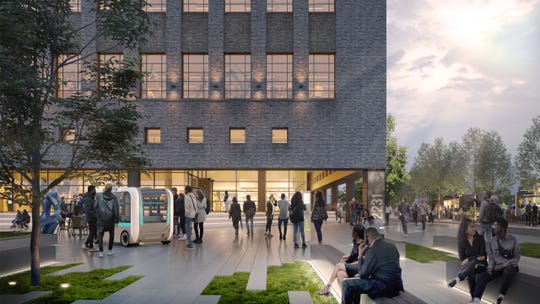 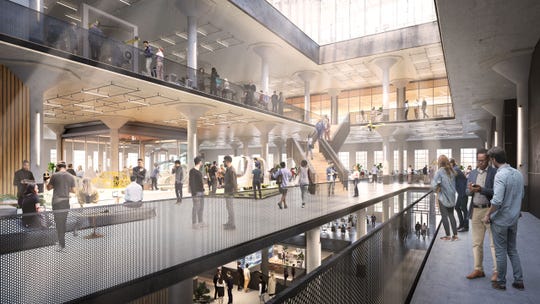 “The interiors will be highly flexible, adaptable and versatile, where anything from walls and panels to furniture and fixtures can be flipped, moved or repurposed to support a multiplicity of uses so workers can most effectively engage with the space and one another,” Lily Diego, design director at Gensler’s Detroit office, said in a statement.

Ford describes the rooftop as the “crown jewel” of the building, because of the views it will offer of the station, the city, the riverfront, and Canada.

Also included in the plans are Building West, which is being built to the west of the station, and The Factory, where 250 members of Ford’s autonomous vehicle division already are based.

Behind the station, Boston landscape architect Mikyoung Kim Design and Detroit-based livingLAB are working to transform elevated train tracks into a mobility platform that connects the various buildings and includes open spaces for people to gather and shared paths for pedestrians and cyclists.

Ford and its partners will use the platform as an area to test emerging technologies such as autonomous vehicles. 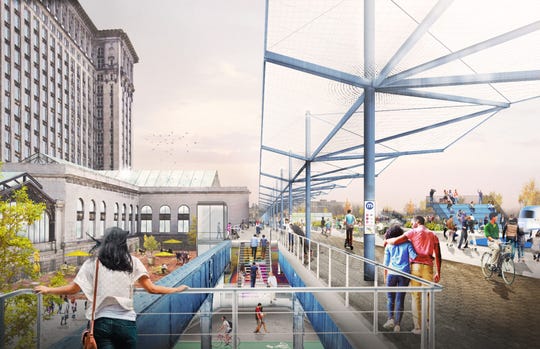 Ford is looking at the possibility of adding public amenities such as free Wi-Fi, restrooms and bike storage. In addition to parking, micro-mobility solutions such as e-bikes and scooters will be available. Ford is also considering offering to residents in the immediate area the use of a planned shuttle service that will move people and goods within the district. 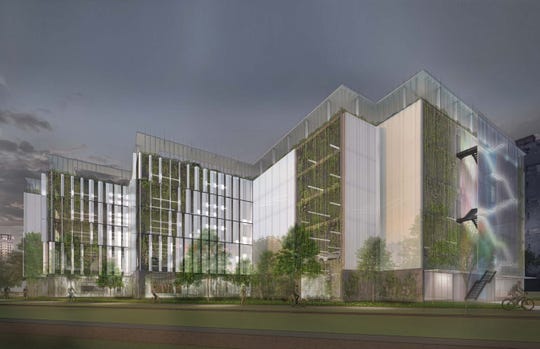 Johnson said her main focus has been on community benefits, such as funding, that would directly impact the neighborhood.

“We’ve had different concerns within this community,” she said. “We’re just a hotbed of activity because of where we’re located between the Ambassador Bridge with the Detroit International Bridge Company and here just a few blocks from the train station. I want to make sure we receive the benefits under the (community benefit ordinance).”

Johnson said that Ford has been communicative and responsive during the planning process. As for the site plan, Johnson said outdoor plazas and the plans for connections to downtown Detroit and the riverfront is interesting.

“It sounds wonderful, great,” she said. “I’m only concerned with the density. We have been a … quiet, quiet gem in the city for a long time and to have a major corporation come in and say they’re going to do all of this, that sounds great.”

But, she said, “I just don’t want to lose ourselves in the bustling of development.” 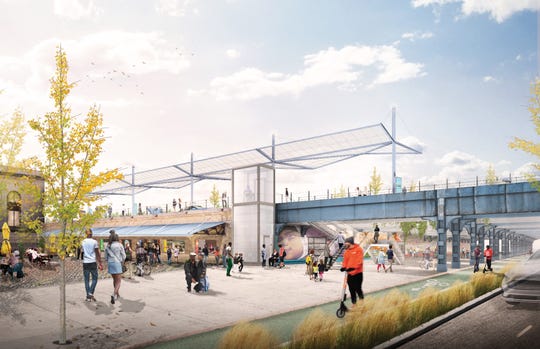