Holiday Lights Group Asks City To Take Over For 2021

Uptown Park Ridge is illuminated for the holiday season with string lights carefully wrapped around trees and hanging from branches during Winterfest. (Journal file photo) Park Ridge’s Winterfest celebration, traditionally held the Friday after Thanksgiving, combines the kickoff for the holiday shopping season for the Park Ridge Chamber of Commerce, […] 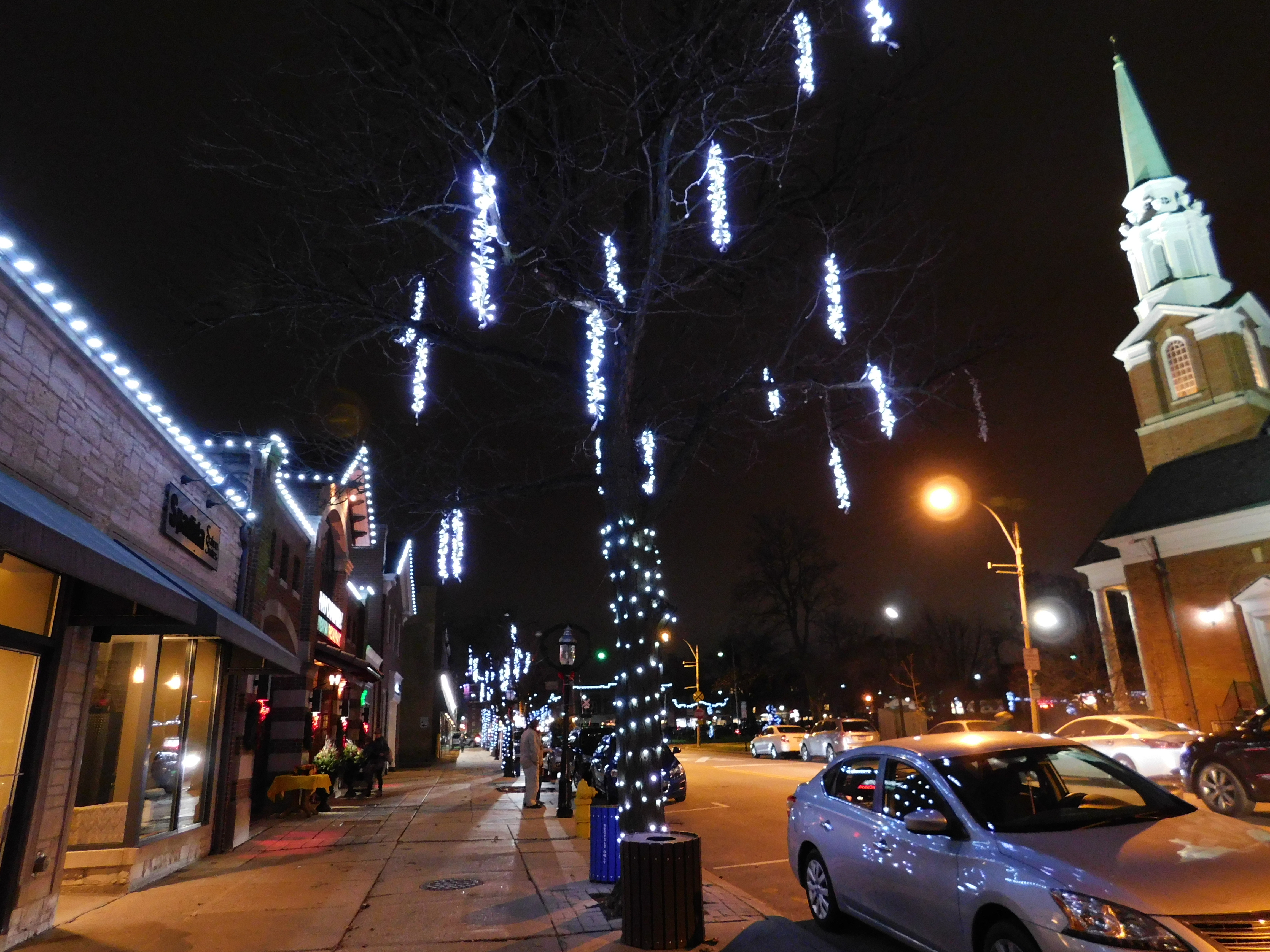 Uptown Park Ridge is illuminated for the holiday season with string lights carefully wrapped around trees and hanging from branches during Winterfest. (Journal file photo)

Park Ridge’s Winterfest celebration, traditionally held the Friday after Thanksgiving, combines the kickoff for the holiday shopping season for the Park Ridge Chamber of Commerce, the arrival of Santa Claus, and the excitement of decorations and “holiday lights.”

The Park Ridge Holiday Lights Inc. committee most recently responsible for the decorations has asked the city to consider taking over the holiday lights this year.

Rick Biagi (6th Ward) and Fred Sanchez (2nd Ward) are newly elected to City Council. Ald. John Moran (1st Ward) and retired Ald. Roger Shubert had been on the committee. Biagi and Moran are two of the three founding directors with Tony Svanascini.

Moran and Biagi notified the city this month that they have legally disbanded the Holiday Lights fund, to avoid any perceived conflicts of interest between elected officials asking for money.

The future of the holiday lights program is now in the city’s corner.

The city’s old fashioned gas lamps (installed for an earlier Park Ridge centennial) have been replaced in recent yeast, for safety’s sake, on the sidewalks in Uptown. The city stopped funding the lights in Uptown and businesses tried to raise donations to continue the tradition.

The strings of lights which would be draped through the parkway trees became harder to install or remove as the trees grew taller and bushier. Volunteers from scout troops, Indian or Wilderness scouts and princesses, and fathers with ladders would gather to try to mount the lights through the branches. Some years there were enough donations to decorate the trees around the Park Ridge Library.

They really needed the higher lift equipment from Public Works, but getting the lights off in winter weather was very difficult. The wires were just cut apart and left on the trees. Streetscape projects in Uptown started to replace gas lights with electric ones, and smaller trees were installed on sidewalks.

In 2015, a group of community leaders organized the Park Ridge Holiday Lights Committee, a not for profit group, with a goal of collecting donations to buy permanent decorations , better quality, and to contract with a company to professionally mount them, to carefully remove and store them, and use them in future years. The electric lights were more durable, so could be reused. After the first year they started to decorate in South Park as well.

Circumstances have changed since 2016, with less donations coming in, and the cancellation of nearly all the Winterfest celebration due to COVID pandemic restrictions in 2020, between Thanksgiving and New Year’s. The Taste of Park Ridge and the Park Ridge Chamber combined forces for an afternoon ride by Santa. The donations for the lights fell short.

The proposal, submitted to Mayor Marty Maloney by Biagi, is that the former committee will donate the existing decorations, which are in storage, and any cash in the accounts. The lights and decorations are valued at about $40,000. Using a third-party installer costs about $35,000 per year.

Because the mayor was absent Aug. 2, and Moran as senior alderman was chairing the meeting, discussions were conducted with City Manager Joe Gilmore.

The issue will return for further discussion.