How Entrepreneurship Is Changing Brazil

On the second floor of a nondescript office building in the center of São Paulo is a circular, glass-walled classroom lined with yellow armchairs. If the aesthetic and layout are reminiscent of Silicon Valley, that’s entirely intentional. Welcome to FazINOVA, a private business school founded in 2013 by 26-year-old entrepreneur […]

On the second floor of a nondescript office building in the center of São Paulo is a circular, glass-walled classroom lined with yellow armchairs. If the aesthetic and layout are reminiscent of Silicon Valley, that’s entirely intentional. Welcome to FazINOVA, a private business school founded in 2013 by 26-year-old entrepreneur Bel Pesce, a graduate of the Massachusetts Institute of Technology (MIT) who is trying to inject dotcom, can-do energy into the Brazilian economy.

FazINOVA — or DoINNOVATE, in English — is as much a start-up as a college and is intended to act as an example to its students, many of whom come from an emergent lower middle class into which millions of poor Brazilians have migrated over the last decade. They are now trying to tap into Brazil’s growing entrepreneurial sector and so far, nearly 70,000 students have taken the for-profit school’s free online classes. Almost 2,000 more have paid to attend six-month-long courses at FazINOVA’s premises in São Paulo.

Brazil’s most prestigious universities are free to attend but take young people out of the workforce for several years — a luxury many of the students at FazINOVA can’t afford. The academic bar to entry at traditional universities is also prohibitively high for Brazilians who did not do well in secondary school. That leaves Pesce with a large potential pool of budding entrepreneurs who don’t quite fit into Brazil’s structured society.

In Silicon Valley, failure is seen as an important part of the learning curve. In Brazil, Pesce says, if you fail, you’re out. “We have a huge problem with mindset,” she says. “How can you create innovation if you don’t let people take risks?”

Pesce was well known in Brazil even before she founded the school. At the age of 17, she persuaded MIT to accept her even though her application had come in late. She funded her education by teaching math, building robots and taking paid internships at Google and Microsoft. Later she worked in Silicon Valley as a product manager at Ooyala, an Internet video company, and then as part of the team that launched the mobile wallet app Lemon.

Her experiences provided the material for a book, The Girl From The Valley: How Entrepreneurship Can Change Your Life, which took her by surprise when it was downloaded a million times within months of release, going on to sell 53,000 hardcopies and top Brazil’s bestseller list in 2012. Pesce returned to Brazil from California in 2013 and published two more books, bringing total downloads of the three books to more than three million. 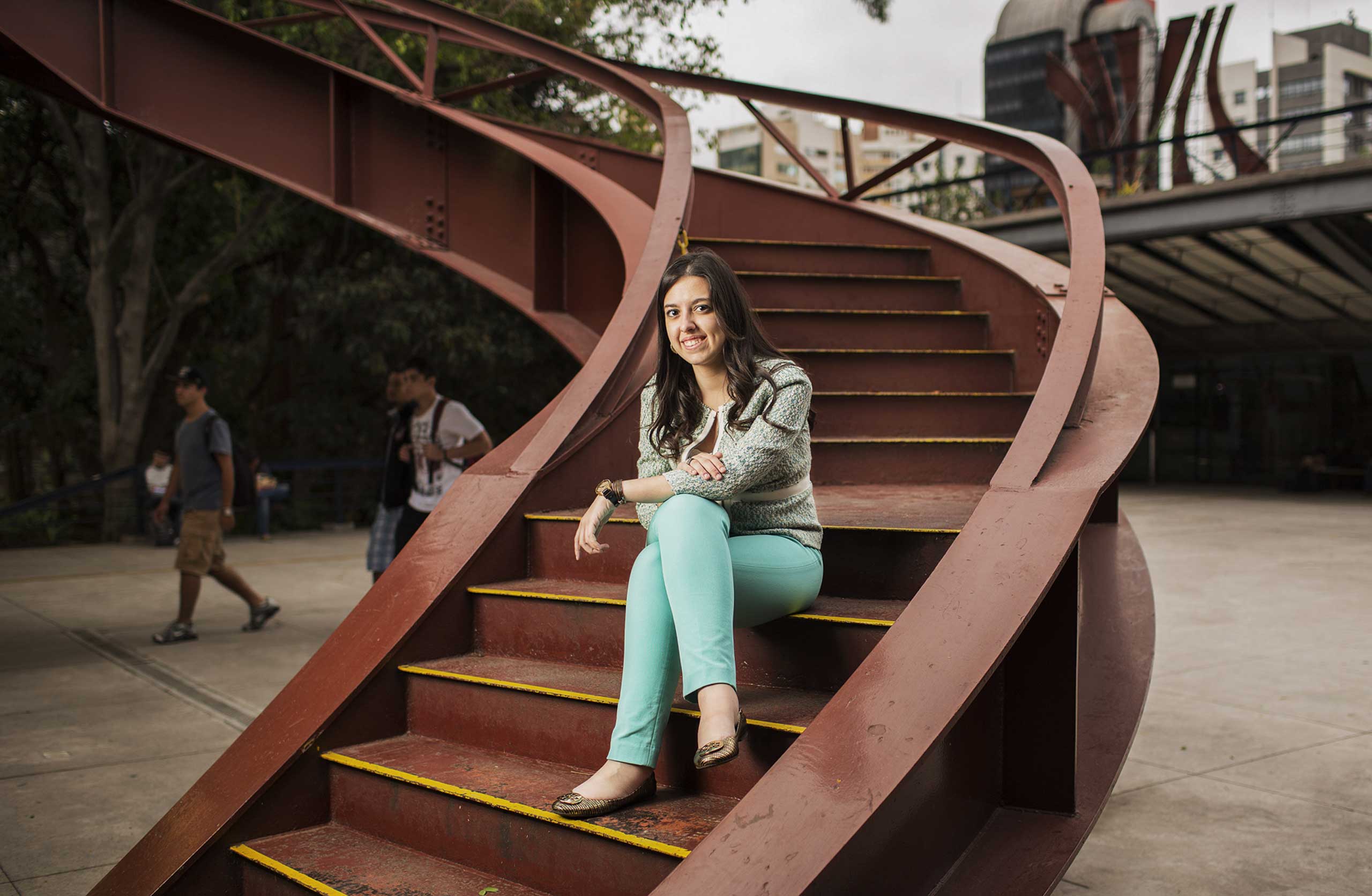 Once Pesce realized that Brazilians were passionate about the messages in her books, she decided to open FazINOVA as a way to spread the gospel of entrepreneurship directly.

After studying at the school, 44-year-old Ezequiel Borges left his job at a major computer company to launch a logistics consultancy in Goiânia, in central of Brazil. “I learned to listen more, to be educated, to receive criticism,” he says.

Pesce’s timing is good. Interest in education is huge; it is the 10th-largest sector in the Brazilian economy, generating about $75 billion annually, $12.5 billion of that from private institutions like hers.

Pesce says Brazil needs to change long-term attitudes that hold it back. One is a tendency to focus on problems that constrain business — such as labyrinthine bureaucracy and high taxes — rather than solutions. Pesce believes the country is ready for the kind of changes she advocates, citing as evidence her recent speaking engagement in Campo Grande, deep in Brazil’s interior, attended by 50 high school students who had travelled about 180 miles on a Friday night to hear her speak. “The kids didn’t blink,” she said. “Brazil wants this.”

Reinaldo Normand, a Silicon Valley-based Brazilian entrepreneur and writer, praises Pesce for encouraging Brazilians to start their own businesses. “She believes in transforming education, which is important to the country, but she has her own way of doing it, with entrepreneurism,” he says.

With Brazil’s economy slowing down — and no longer able to simply ride a global commodity boom — that kind of innovative energy may be exactly what the country needs.