June’s “Holiday Extravaganza” at the Heyse house included a Halloween costume contest. This month is Christmas in July, that holly jolly holiday hotpoint halfway to December. But for Antoinette Heyse of Des Plaines, July has her reflecting on June 2021 when she hosted a party to celebrate all at once […] 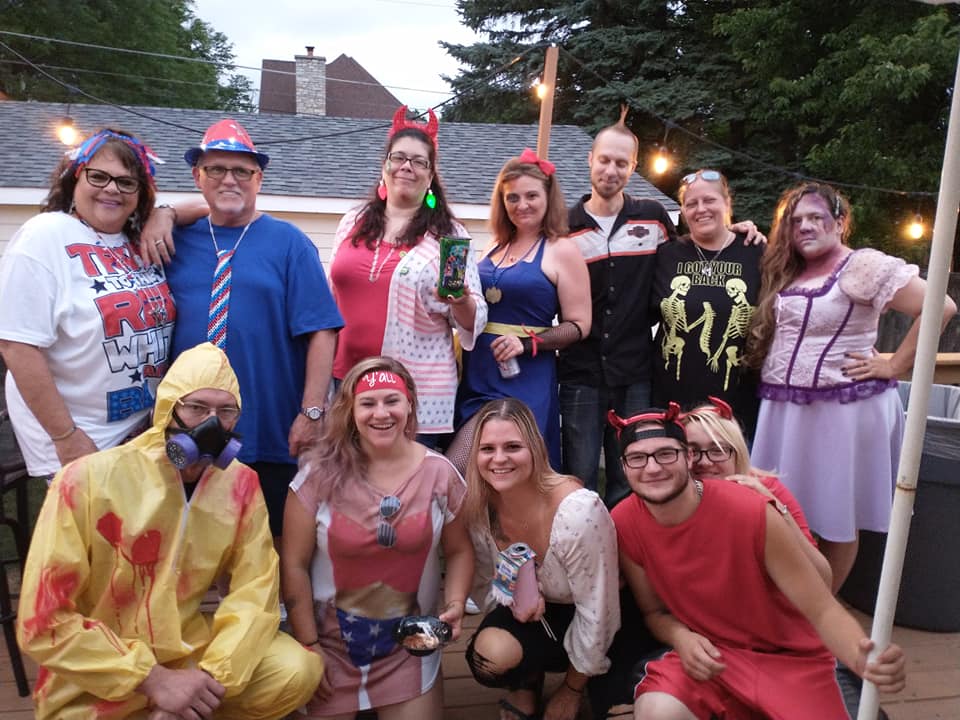 This month is Christmas in July, that holly jolly holiday hotpoint halfway to December.

But for Antoinette Heyse of Des Plaines, July has her reflecting on June 2021 when she hosted a party to celebrate all at once approximately one year’s worth of pandemic holidays.

Heyse threw a Holiday Extravaganza event at her home June 26.

Heyse and her friend Janet Konieczny, also of Des Plaines, brainstormed the idea a couple of months ago in response to the COVID-19 pandemic.

“I was heartbroken all year,” said Heyse, who works as a caregiver for the elderly.

“You kind of get into a funk and you miss everybody, and I was like, ‘Let’s have a party, let’s enjoy it all.’”

Heyse’s home was decorated inside and out on the 1300 block of White Street at Whitcomb Avenue.

“I was just sitting there talking with my girlfriend Janet (Konieczny) and you know, it’s kind of like, people were depressed,” Heyse said.

“And we were saying how much we missed the holidays with all of our families and friends, and I looked at her (Konieczny) and I said, ‘You know, maybe we should throw a party.’ And she’s like, ‘Really?’ And I’m like, ‘Yeah, a party of all the holidays that we missed with everybody.’

“So,” Heyse said, “we got a piece of paper down, and we went from January, New Year’s Eve down to December and Christmas, and wrote every holiday down, and started making decorations, thinking of ideas of what we wanted to do, and went from there.”

Konieczny’s spouse Chris Konieczny decorated the residence’s exterior while Janet handled details such as craft making and “Happy Everything” t-shirts.

“After being away from our friends, neighbors, and family for so long, we wanted to celebrate all the things we missed with everyone,” Janet Konieczny said. “We definitely made up for lost time.”

Konieczny said about her friend Antoinette, “I would be lost without her. Our kids grew up together.”

“We did a New Year’s Eve toast, we decorated for Valentine’s Day, and St. Patrick’s Day,” Heyse said.

And what about birthday cake?

“We sang ‘Happy Birthday’ to everyone,” Heyse said with a laugh.

“We had a prize for the best chili,” Heyse recalled. “I made hot dogs and potato salad, we had a nacho machine for Fourth of July…you know, how they do barbecues?”

“It just felt good to get out and hang out with your friends.”

The pandemic’s silver lining was, “It got me closer to my kids,” Heyse said.

“It actually taught me to appreciate what you’ve got.

“It really did bring us closer together.” 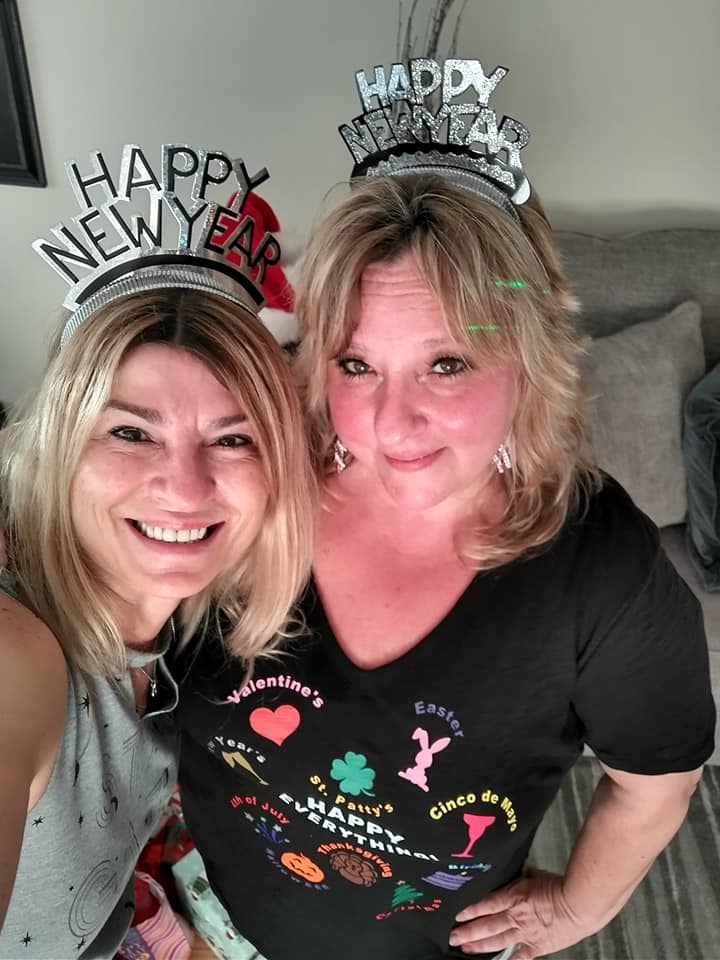 Later for party goers, it was on to New Year’s. 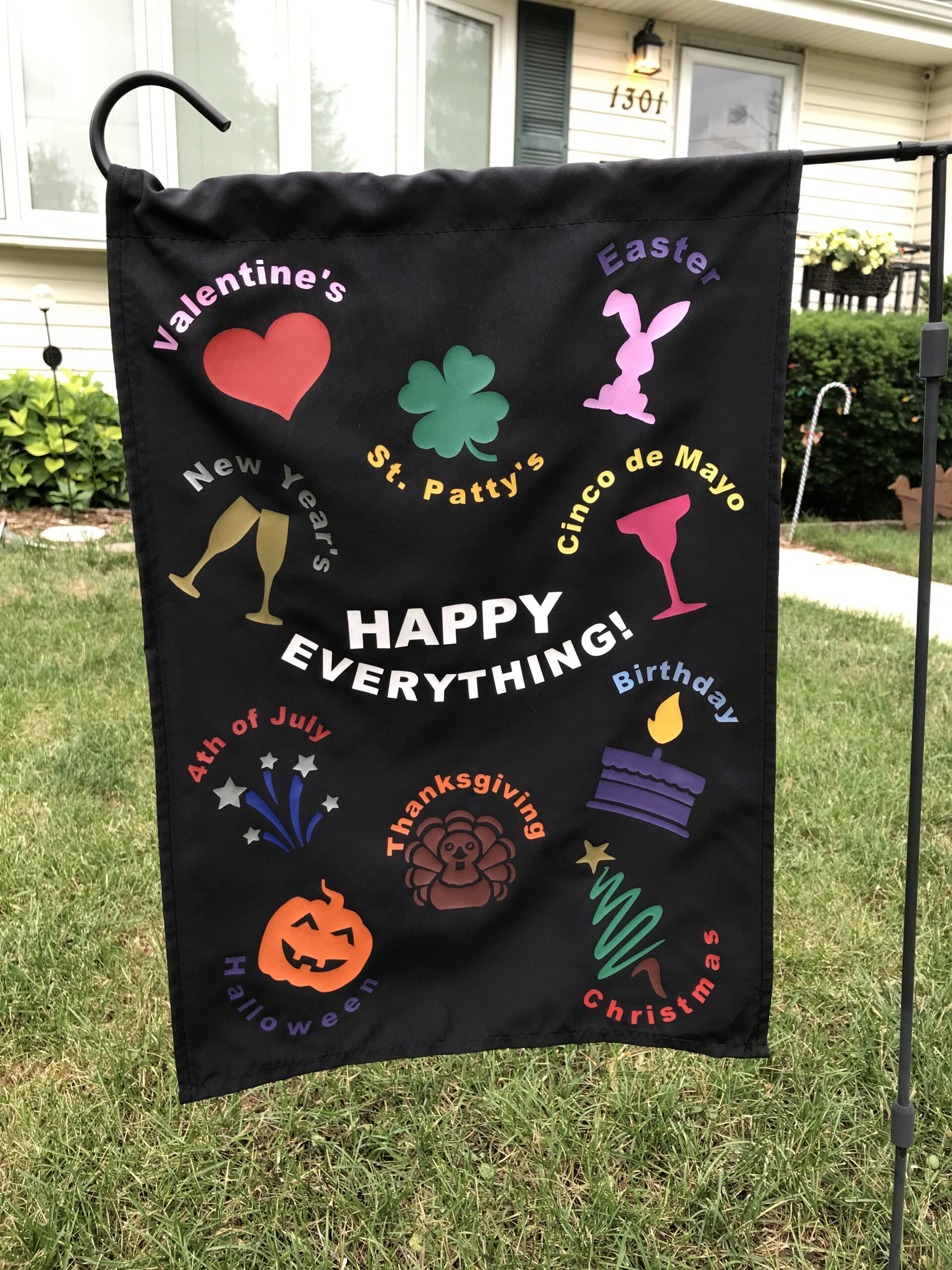 It was “Happy Everything” at the Heyse residence in Des Plaines. 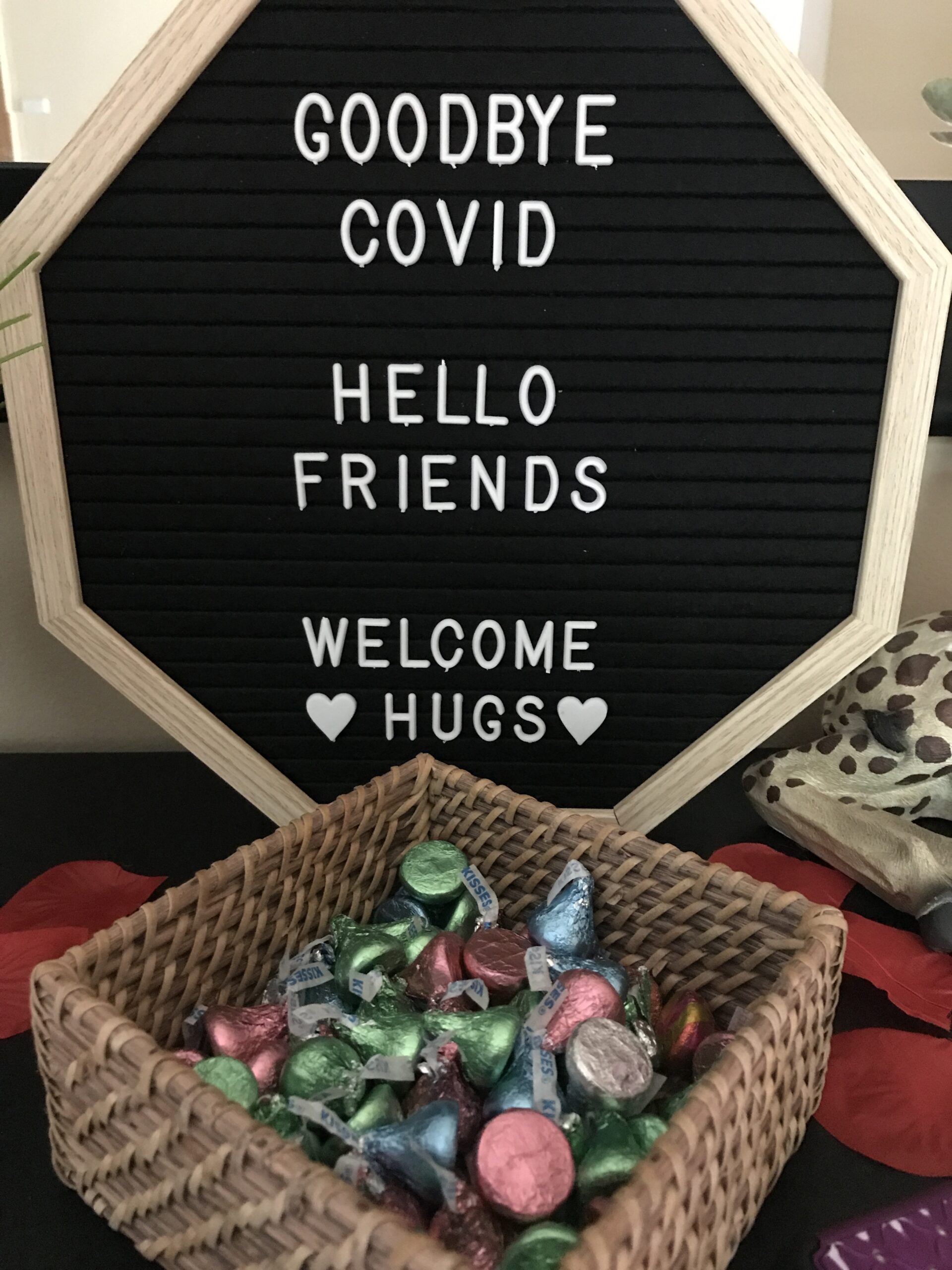 Love was in the air for the Holiday Extravaganza that featured Easter candy and a nod to Valentine’s Day.