Junior Carolina Morales makes earrings. Morales owns a clay jewelry shop on Etsy called NinaMoraShop. A budding hobby was soon transformed into a small business for IU junior Carolina Morales.  Like many other students, Morales was struck hard by the news of campus shutting down in March. She was a […]

A budding hobby was soon transformed into a small business for IU junior Carolina Morales.

Like many other students, Morales was struck hard by the news of campus shutting down in March. She was a sophomore then, studying social work. She lost her job at the IU campus daycare with the shutdown.

“I was absolutely devastated because I don’t have the greatest home life so I was struggling to think of ways where I could make money and not have to work in a public and crowded environment,” Morales said.

That’s when Morales decided to take an unconventional route to earn an income during the coronavirus pandemic — creating jewelry from the safety of her home. Her Etsy store, NinaMora Shop, launched in August. NinaMora Shop features collections of handmade jewelry made with clay.

A mutual friend who made earrings as a hobby inspired Morales to start her jewelry business. After sifting through many other jewelry-making accounts online, Morales started to create her own designs for jewelry pieces.

“I thought I could bring my own element of artistic design to the table,” Morales said.

Grace McNeal, a fellow IU junior and customer of Morales’, said she can really tell how much thought and effort goes into creating the pieces.

“I know she works incredibly hard and her earrings show that,” McNeal said.

Morales taught herself how to make jewelry by watching YouTube tutorials. After practicing her craft for months through practice pieces, she launched NinaMora Shop.

Morales said her pieces are inspired by her childhood memories of seeing artisans lined up to sell their handmade clay jewelry on the streets of Nicaragua, according to her Etsy page.

Morales explained the pride she has for her Nicaraguan culture and heritage.

“When I spent my summers in Nicaragua I was definitely proud of my culture and everything about it but when I got to the United States for the school year, everything completely changes because no one understood [Nicaraguan culture],” Morales said.

Morales said she would shy away from expressing herself culturally in school. She said kids in school would make fun of her parents because they didn’t understand them.

As she grew up, Morales realized her Nicaraguan heritage wasn’t something to hide — rather, it was something to celebrate. Morales said she soon found comfort in her heritage by finding others on the internet that also identify as Hispanic.

“I am definitely proud of who I am now,” Morales said.

Morales said jewelry-making helps her better her mental health. She views her jewelry business as an outlet to alleviate stress.

Morales said she finds her business to be a creative getaway from the stress of her schoolwork. This hobby has allowed her to engage with her heritage and seek inner peace.

Alizah Conard, Morales’s girlfriend and IU sophomore said Morales’s social work major is very stressful so it’s gratifying to see her work on something she loves.

“Just getting to watch her have a creative outlet and come up with these ideas is really cool,” Conard said.

Conard said even when life is hard and stressful, Morales still can sit down and come up with new designs and practice her craft.

“When I work on my jewelry for hours, I don’t have to think about being anxious and being depressed because I am working so hard on something that I passionately love to do,” Morales said.

CORRECTION: A previous version of this article misspelled Alizah Conard’s name. The IDS regrets this error. 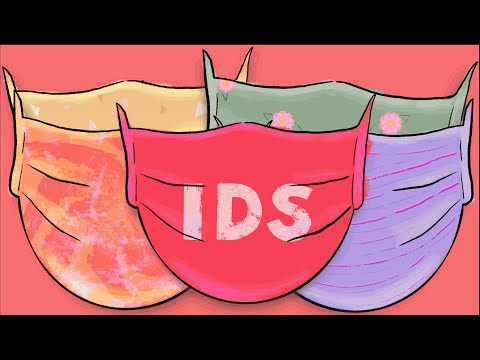 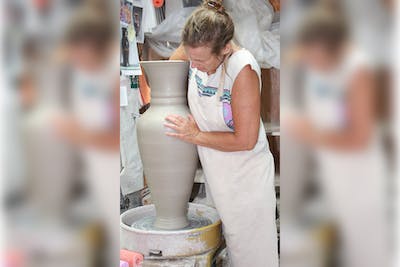 The guild opted for a virtual sale to protect buyers and themselves.