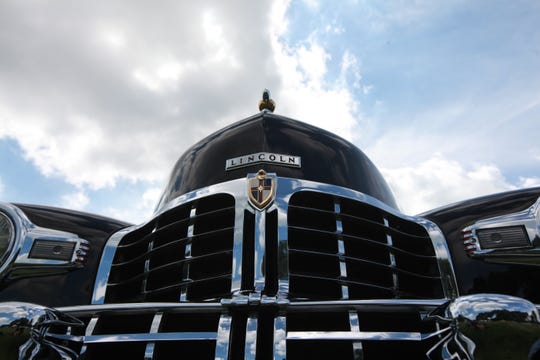 With multiple events being canceled or postponed due to COVID-19, it is time to finally enjoy some auto shows again this summer.

The nonprofit community organization Center Line Festival Foundation has been welcoming tens of thousands of people to its festival each year since 2016, according to the foundation.

Entering the park and enjoying the live music is free, but carnival rides are $1.25 per ticket and each ride takes about three tickets, according to Center Line  City Manager Dennis Champine. Wristbands for the whole day are $20 per person.

Each day will have a theme, according to a news release. Cruisin’ 53 car cruise and show will join in on the celebration Saturday morning with the Run Warren 5k Run-Walk.

Visitors are asked to park their car at Stellantis/Mopar parking lot, which is on Lawrence Avenue south of Bernice, according to Champine. Then, catch a shuttle to the park, carnival, or the Cruisin’ 53 Car Show on M-53 at 10 Mile Road.

Greenfield Village will host the Motor Muster car show Father’s Day weekend, June 18-20. Cars will be featured from the 1930s to the1970s. Classic Gold will be performing American rock and pop hits from the ’70s.

The event will also feature “Driven to Win: Racing in America,” a new exhibition at Henry Ford Museum presented by General Motors.

Motors at the Market

Admission is free, with opportunities to purchase items such as antiques, art, vintage fashion and handmade wares from hand-selected vendors, food trucks and more, according to the event website.

Participants are encouraged to join in and park their vehicles or motorcycles in the Motors at the Market lot at the SE corner of 2934 Russell and Wilkens next to Eastern Market Shed 5.

The cruise  stretches from Southfield Road and Sibley Road to Fort Street, which passes through Southgate, Wyandotte and Riverview.

Visitors will gather the day before to kick off the cruise.

Camaros of Michigan & TLC Automotive is hosting its fifth annual Lakeshore Community Car Show on July 24 from 8 a.m. until 3 p.m.

The event takes place at TLC Automotive at 172 120th Ave. in Holland.

All makes and models are welcome, not just Camaros, according to the website. Chevrolet Camaro dress-up products will be available for purchase for fifth- or sixth-generation Camaros.

Preregistering for the show costs $10, while the entry fee the day of the show is $12.

Participants are encouraged to bring non-perishable food items to donate to the Harvest Stand Ministries, which will have a truck at the event. For each food item donated a yellow ticket will be given for a special prize that will be raffled off at the show. 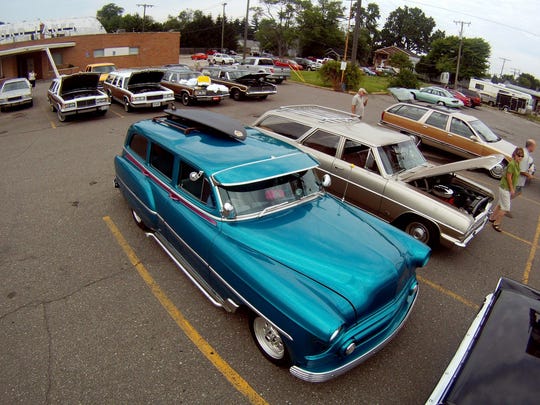 The Telegraph Cruise is set for July 24 from 9 a.m.to 9 p.m. Visitors from Dearborn Heights, Taylor and Redford Township can see the cruise on Telegraph between Eureka and Puritan.

The annual Concours d’Lemons car show takes place just before the Concours d’Elegance event, which features top-of-the-line rare and luxury vehicles. The Lemons event is just that — it features vehicles on the opposite end of the spectrum. As its website notes, there’s “lots of room for rust buckets. Register your hooptie and join in the fun!” The event takes place from 8 a.m. to 1:30 p.m. July 24 at the Inn of St. John’s, 44045 Five Mile in Plymouth.

This 1977 AMC Pacer was among the several dozen “lemon” cars on display Saturday, July 30, 2016 for the lighthearted Concours d’LeMons Michigan during the Concours d’Elegance of America at the Inn at St. John’s in Plymouth.  (Photo: JC Reindl, Detroit Free Press)

Celebrating its 42nd year this summer, the show will be hosted by Hagerty Group — the world’s largest insurer of classic cars and wooden boats —  at the Inn at St. John’s in Plymouth.

“Over 300 significant classic and historically relevant vehicles ranging from the Gas Light era to Modern Collectables to Super Cars” will be displayed during the event, spanning over 100 years, organizers said on their website.

Advance tickets are available at $35 until July 21, while VIP ticket packages are between $165 and $275 and are available until June 30. Children 12 and under can enter for free.

Free parking will be available at Canton High School, with shuttle service to the inn available with with advance ticket purchases.

Tickets also are available at the gate for $45 on the day of the event.

Celebrating 17 years, the Gratiot Cruise will be held on Aug. 1 starting at 8 a.m. at Moran Chevrolet Cruise Headquarters.

Visitors can register their cars for $20 online or before the cruise. There will be music, merchandise, adult games and food.

The Dorian Ford Family Fun Zone, located at AMC Theatres north of 12 mile, is set up for kids and will include bounce houses, games, arts and crafts, and a McLaren Macomb Bike Helmet Giveaway. 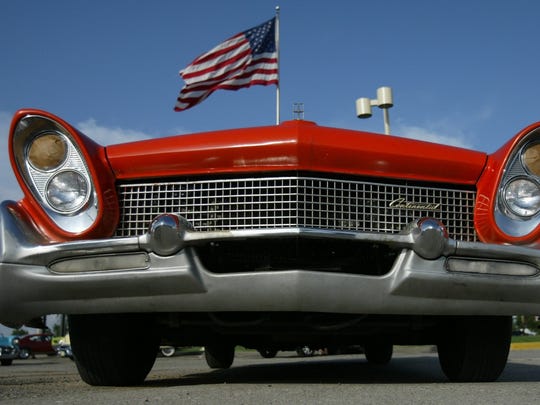 Nine-time Grammy Award-winning singer and songwriter Sheryl Crow is set to headline the Motor City Car Crawl Charity Gala on Aug. 7, according to a news release. 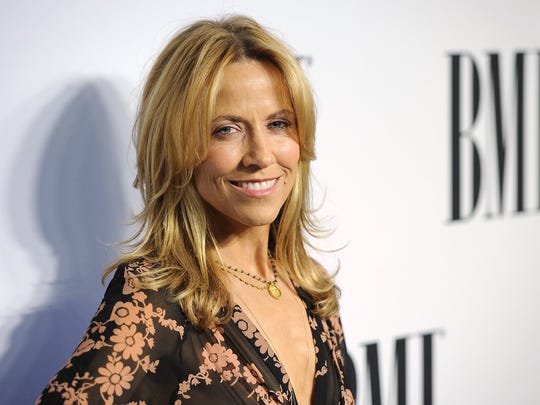 Admission s free, except for the Saturday night fundraiser. Tickets go on sale June 10, $250 per ticket. The gala’s funds will be donated to nine Detroit children’s charities. 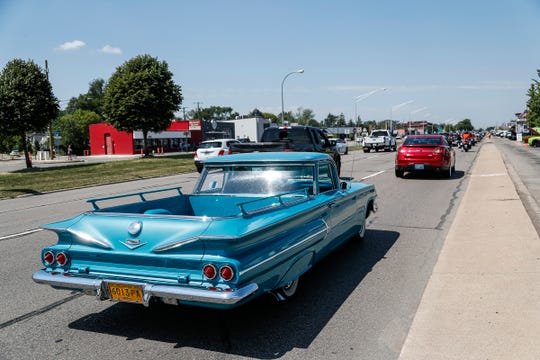 The event will take place on Woodward Avenue from Pontiac to Ferndale. Participating cities include those in between the cities above: Royal Oak, Berkeley, Birmingham,  and Pleasant Ridge.

Traditionally held on Father’s Day, the EyesOn Design car show has been pushed toward the end of summer — Sept. 19.

The event will take place at the historic Ford House in Grosse Pointe Shores from 10 a.m. until 4 p.m., and it celebrates transportation design instead of rarity, restoration or celebrity ownership.

This year’s theme is “Marques of Extinction: Significant Designs of Bygone Brands,” according to EyesOn Design.

Between 200 and 300 domestic and foreign vehicles are to be shown. Judging is facilitated by active and retired exterior and interior designers from leading automotive and supplier companies.

Tickets are $30 per person and are available the day of the event, at the gate. Children 10 and under and active duty military personnel with identification can enter for free. For more ticket information, call 313-936-1966.