These two bronze vessels were discovered to be Ming dynasty, Fifteenth or Sixteenth Century, and saw competition from no fewer than nine phone bidders and online competition. They sold to a Chinese buyer in Spain who was bidding on the phone, for $203,200. It was the highest price achieved during […] 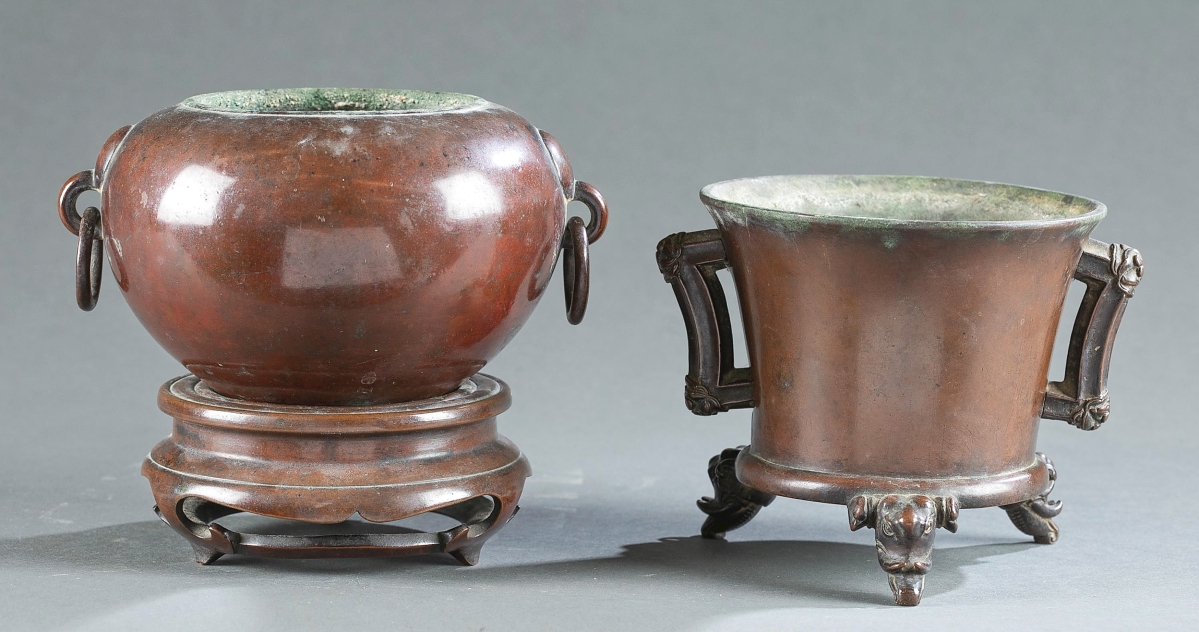 These two bronze vessels were discovered to be Ming dynasty, Fifteenth or Sixteenth Century, and saw competition from no fewer than nine phone bidders and online competition. They sold to a Chinese buyer in Spain who was bidding on the phone, for $203,200. It was the highest price achieved during the sale ($200/300).

FALLS CHURCH, VA. – When a lot of two Chinese bronze vessels in the June 12 Fine and Decorative Arts Auction at Quinn’s Auction Galleries had six phone lines in place well before the sale, David Quinn had an inkling that things might get interesting. The two, which had been cataloged without a date and estimated at $200/300, received numerous requests for condition reports and photos. By the time the lot came to the block, three additional phone bidders had joined the fray and bidding opened at $100. A competing bid of $40,000 quickly escalated bidding among several phones and online bidders. At the $60,000 mark, all of the online bidders had dropped out, leaving the action to the phone lines. When the gavel fell, a Chinese buyer in Spain, bidding on the phone, had paid $203,200 for the two, which apparently were from the Ming dynasty and were made in the Fifteenth or Sixteenth Century.

When we asked Quinn where he had found them, he said they had been with a couple of local collectors who have been in the process of downsizing. “They did not know what they were, but they’re thrilled with the results.”

“Even without those Chinese bronzes, we got to almost our low estimate, so we’re happy with the results. Overall, I’d say the sale did pretty well,” Quinn said, noting the total gross of $875,000. The auction was carried live on two online platforms and international buyers came with deep pockets, taking several of the higher-priced lots.

With provenance to French Empress Josephine and the Duke of Kent, this group of three early Nineteenth Century Sevres parcel-gilt porcelain cabinet plates achieved the second highest price in the sale. A Japanese buyer took the group to $24,130 ($4/6,000).

Despite an auctioneer’s best efforts to collect payment from buyers, there are usually one or two lots that go unpaid after a sale and those works are put back up for auction. Sometimes the lot brings more than it did on its first go-around, sometimes it does not. The latter was the case with a group of three Sevres porcelain cabinet plates that brought $31,750 in the firm’s January 30 auction and went unpaid. The plates had a central floral decoration and green borders and were reoffered with an estimate of $4/6,000 after it was discovered that one had provenance to a service made for Empress Josephine in 1808-09; the other two had belonged to Edward, Duke of Kent, who had received the plates as a gift from King Louis XVIII. The plates brought $24,130 from a buyer in Japan.

The sale offered a few more surprises, though none of the magnitude seen by the bronzes. A George III Thomas Hunter bracket table clock, circa 1760, in an ebonized wooden case with ormolu mounts and silvered chapter ring that Quinn said was “a lovely clock with a gorgeous chime,” sold to a buyer in Florida for $10,160, well ahead of its estimate. A framed Chinese Song dynasty book titled Zizhi Tongjian and written by Sima Guang made more than ten times its high estimate and sold for $6,985. 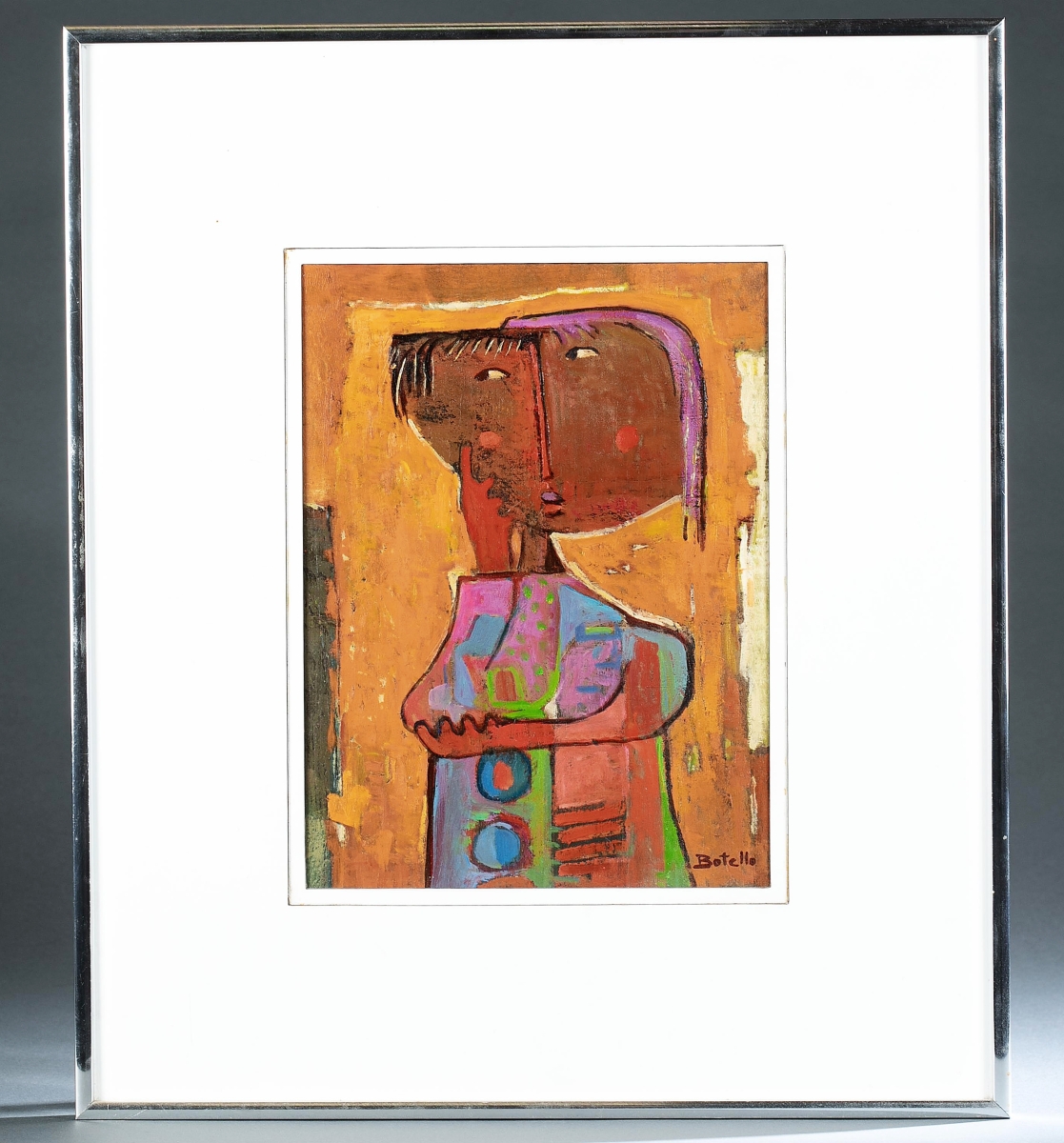 A buyer in the United Kingdom paid $12,065 for a portrait of Admiral Keppel that was attributed to Lemuel Francis Abbott (British, 1760-1803) and from the same Arlington, Va., estate that had the Botello. Louis Vuitton is a name that continues to resonate with collectors worldwide and always brings good sums even if the piece is in less than perfect condition. That was the case with a well-worn late Nineteenth or early Twentieth Century courier trunk that will be making another journey, this time to an Italian buyer who had to pay $6,350 for it.

Prices quoted include the buyer’s premium as reported by the auction house.