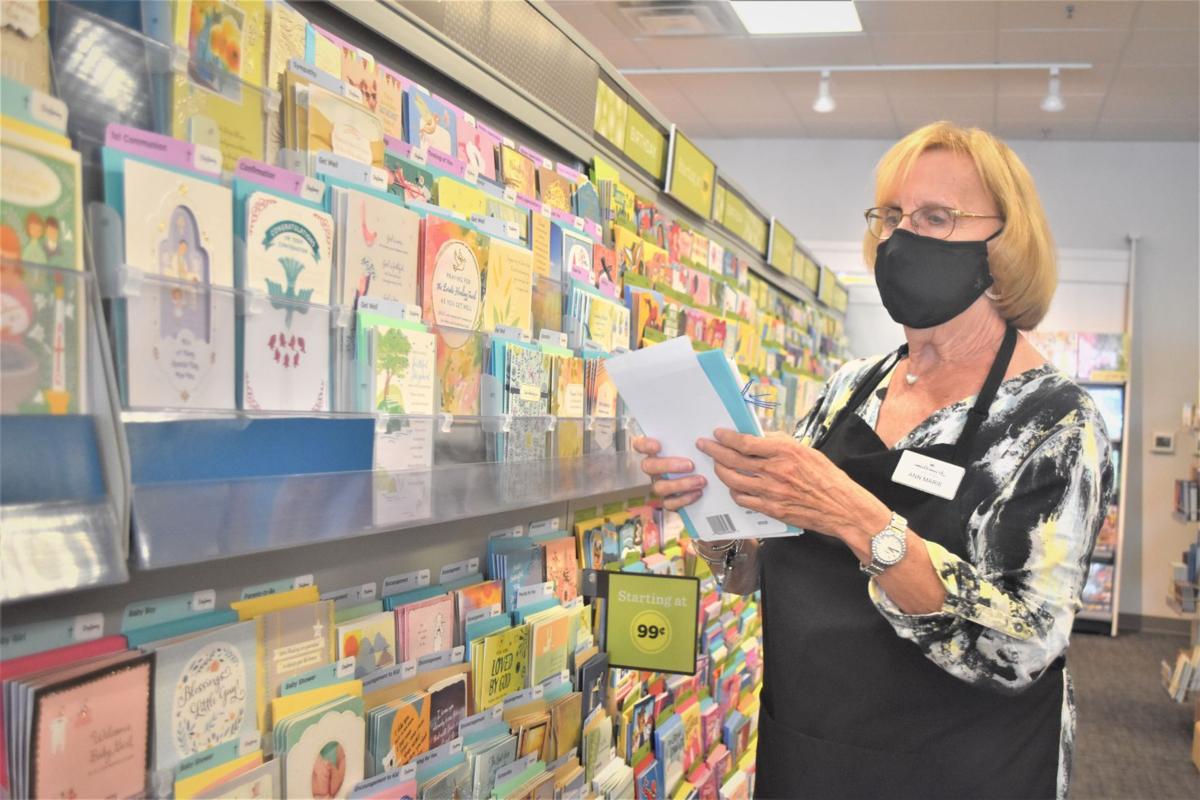 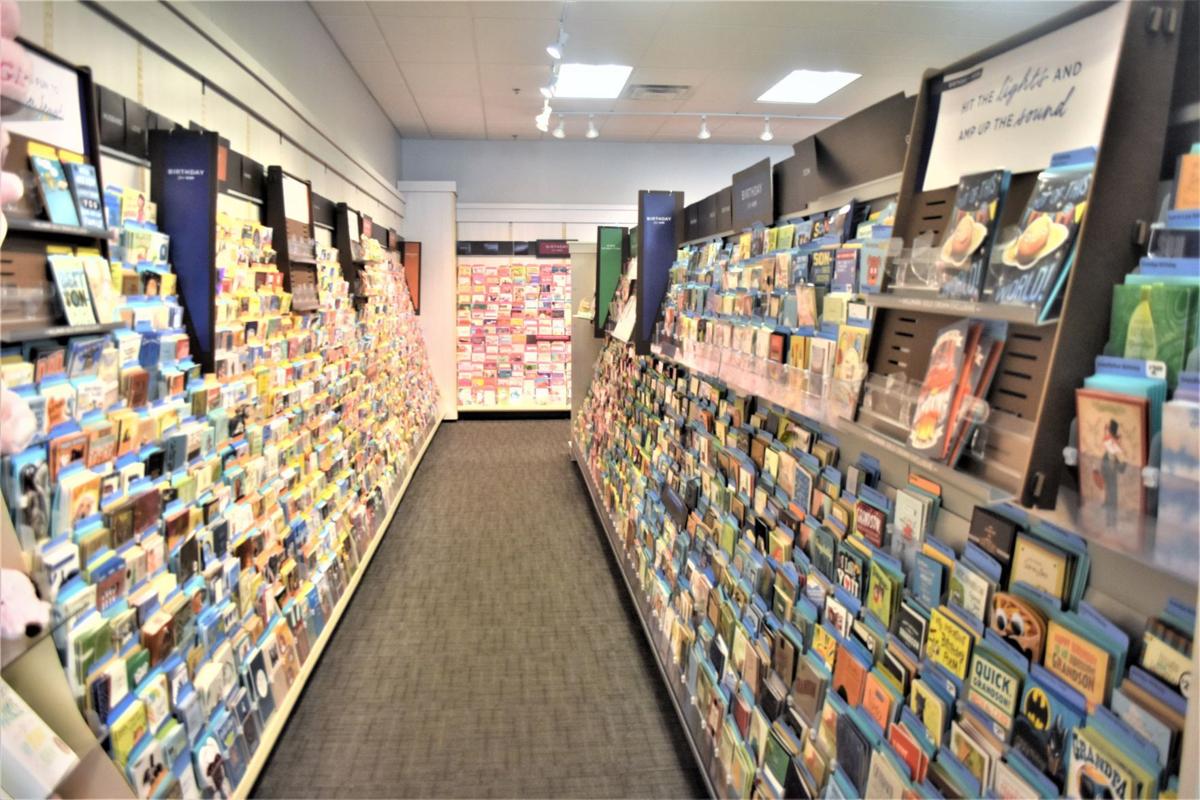 Aisles of cards are pictured inside Jane’s Hallmark on Wednesday.

MOUNT PLEASANT — The signs were up, the remaining inventory was boxed up and the store was gutted. And so were the employees.

Linda’s Hallmark Shop, which shared a plaza with Festival Foods and Kohl’s on Washington Avenue (Highway 20), was slated to close in May to the disappointment of loyal customers and employees.

It was closed for some time — a little over a week, said manager Liz Lewis — before it caught the attention of a new owner who purchased it and opened it back up as Jane’s Hallmark Shop on May 7.

The store is celebrating “Christmas in July” with a wall of holiday ornaments already up. Starting Friday, the store is hosting an ornament event until July 18; buy more ornaments, get more rewards. For every five ornaments you purchase, you’ll be able to draw a ticket from a fishbowl and get a chance to earn discounts or free prizes.

The owner, Lewis said, owns three Hallmarks in Illinois and has also taken ownership of the Franklin location. The shops are now known as Jane’s Hallmark Shop.

According to the Jane’s Hallmark website, the three locations in Illinois are in Niles, Skokie and River Grove, all Chicago suburbs.

Lewis recalled Hallmark staff from Illinois locations coming up and helping out with installing new fixtures, painting and getting the store ready for opening. “It was a whirlwind,” she said, having gone from thinking they would close to being revived.

Employee Ann Marie Singleton has been working at Hallmark stores for about 20 years, and at the Washington Avenue location for more than two. Lewis said the owner is proud to say he was able to keep all of the employees at both Franklin and Mount Pleasant locations.

If the Mount Pleasant location had closed permanently, Singleton and Lewis both said they wouldn’t work for another Hallmark.

“There’s not very many Hallmarks left. But when one door closes, another one opens. So if this was meant to be this is what it’s supposed to be,” Lewis said.

Your membership makes our reporting possible.

Could the closure of Linda’s Hallmark speak to a larger decline in buying greeting cards? Did COVID-19 play a factor?

Lewis said she couldn’t speak for the previous owners — who announced the closure of Linda’s Hallmark in January, when some businesses were still in limbo as COVID precautions were beginning to loosen — besides knowing they wanted to retire.

Lewis and Singleton both agreed there was still something unique about going into a Hallmark and picking out gifts or decorations there, in person, versus online.

“As a customer, I want to go and and see the product, smell the candles … I want to feel the clothing,” Lewis said.

Singleton agreed, adding there’s nothing like getting a heartfelt, hand-picked card in the mail: “It has meaning.”

Greeting cards may still be alive and well, despite the arrival of the digital age. The GCA also reported eight out of 10 people agree greeting cards can’t be replaced by social media. In fact, people tend to acknowledge birthdays and events more because of social media, but that doesn’t mean they’re sending less physical cards out.

Regular customers have walked in excited to see the Hallmark shop is still open. Lewis recalled a mother and son who cried when the shop first announced its closure, then cried again when they found out it was going to remain open.

The store was completely empty when it closed, so to see it full of new product with new paint and fixtures feels fresh, Lewis said.

Lewis said she is looking forward to be able to help families continue their multi-generational traditions of buying keepsake ornaments from Jane’s Hallmark.

“Just the tradition of grandma buying the ornaments, and then all of a sudden the grandson is 18, and now he’s walking out with the ornaments,” she said.

Hallmark Shop near Kohl’s in Mount Pleasant open under new ownership, IN PHOTOS

In front of the ornaments

A wall of plush