Switching from MacBook to Chromebook: A year later

A year ago, I decided to retire my aging 2013 MacBook Air in favor of an HP Chromebook x360. I haven’t turned my back on Apple completely and I’m still using a 2019 iMac at my desk, but for my mobile needs (well, more like working-from-the-kitchen-table needs given the pandemic), I’ve been using my Chromebook. Chrome OS changed quite a bit since I got the machine, and there are a lot of features I genuinely enjoy, but there’s still a few little things that itch me enough that make me want to switch back to a MacBook. 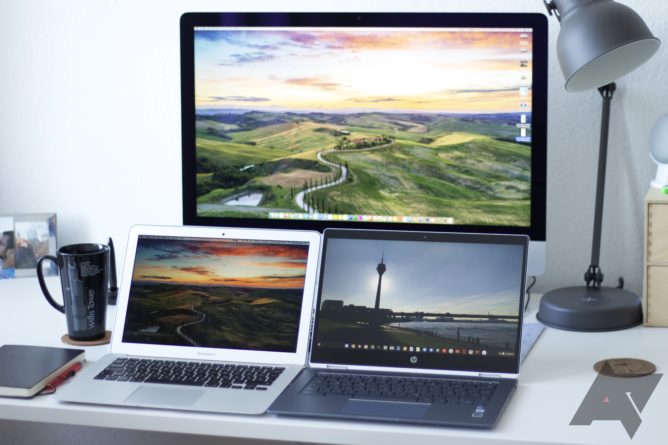 It isn’t fair to compare the build quality of a $1,000+ computer to one I got for about $500, but considering the price difference and the resulting compromises in design and material, the Chromebook holds up surprisingly well. That’s mostly thanks to HP’s excellent keyboard and the laptop’s sturdy exterior — I still do have my gripes with the weight and the relatively dark screen with its 16:9 form factor (I prefer 3:2). The touchpad isn’t too great, either, but it’s serviceable. I guess there’s a reason MacBook trackpads are considered to be industry-leading.

I’m pretty happy that Chrome OS recently introduced a three-finger swipe-up gesture to access the overview screen, making multitasking much easier for me as someone who relies on Mission Control on Mac. The Chromebook’s left and right three-finger swipe gesture to switch between tabs is also just perfect, though I don’t find myself using it as often as I initially thought I would.

While I despise Google’s decision to replace caps lock with a search key instead of putting it in the Windows or command key’s place, I do like having dedicated browsing buttons at the top of the keyboard. And by now, I’ve got my go-to keyboard shortcuts like Search + left/right to go to the end or beginning of a line engraved in my memory. 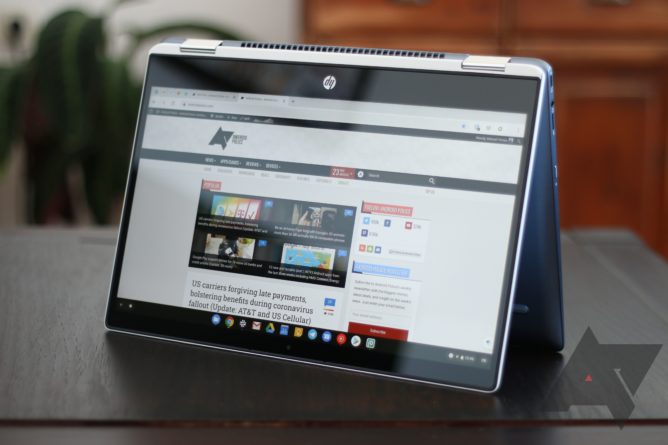 I had hoped I could use this flippable Chromebook as a tablet replacement, but I’ve found myself using it in laptop mode 99% of the time, even when I’m consuming content. A 14-inch device is just too huge to be a tablet, even with Google’s improvements to touchscreen-only usage. And even the space-saving tent mode isn’t what I hoped it would be, since its advantage is moot due to the speaker placement — they fire backward when in tent mode. It certainly doesn’t help that the speakers among the weakest I’ve got on any of my devices.

If you’ve ever run Chrome on macOS, you know how taxing Google’s software is on battery life. On Chromebooks, that’s not the case at all.

When I first started using the Chromebook, I found the touchscreen incredibly convenient for tapping icons on the taskbar to launch apps and some other interactions, but over the last few months, I barely touch the screen anymore. It’s just not comfortable to reach all the way to the display when I can just use keyboard shortcuts or the touchpad. I probably wouldn’t miss the convertible aspect or the touchscreen on a new machine at all.

If you’ve ever run Chrome on macOS (or Windows, for that matter), you know how taxing Google’s software is on battery life. On my Chromebook, I didn’t feel like that was the case at all. Despite dozens of tabs and a multitude of windows, my machine keeps going. Things get more complicated once I start throwing Android and Linux apps into the mix. I feel like battery life gets worse, though that’s purely anecdotal, and others on the AP team don’t feel that way. But a performance hit wouldn’t be too surprising since the OS runs both Android and Linux in virtual machines, which translates to more work for the processor. This leads us right to the next section.

Android, Linux, and the web 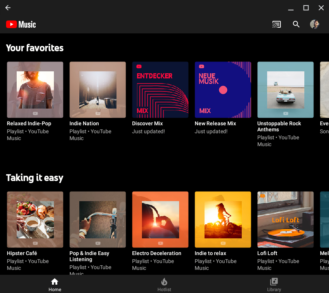 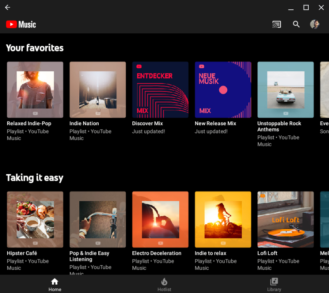 Android apps already feel like second-class citizens due to restricted file access, spell-checking limitations, and some issues with keyboard localization, and that impression gets worse once you introduce display size scaling. On my Chromebook’s standard 100% 864 x 1536 scaling, Android apps look just as pristine as websites and Linux applications, but when you prefer using a less dense scaling like, say, the native 1920 x 1080 at 80%, apps get comically small, text looks fuzzy, and it’s generally harder to interact with them. Google is already working on improvements, but there are a ton of problems that need solving before the new Android app scaling method will launch in stable.

While I’m grateful that I can download Netflix, Amazon Prime, and Disney+ shows on the Chromebook via the respective Android apps, the former streaming services limit video quality to SD, which is something neither Google nor Netflix or Amazon have seen fit to solve over the last year.

On the Linux side, things are looking better, which is probably because Chrome OS itself is based on the open-source operating system. I could easily replace my macOS image editor of choice, Pixelmator Pro, with GIMP, and while I still have some trouble navigating the open-source tool at times, it works well enough for me, especially once I activated Linux file sharing on my storage.

When it comes to text editing, I’m still stuck in limbo. I rely on Microsoft OneDrive for cloud storage, and OneDrive and Chrome OS don’t play together nicely. In contrast to Google Drive and Dropbox, which can be integrated with the Chrome OS Files app for read and write access, OneDrive is stuck with read-only. That’s why I have to rely on the OneDrive website for file management, which is far from ideal. I experimented with syncing OneDrive via a third-party tool, but it’s not the same as a proper native integration. I was on the fence about switching to Google Drive, but I enjoy that Microsoft gives me access to its Office apps and 1TB of cloud storage at a fraction of the price I’d pay for Drive storage.

My OneDrive situation is also why I decided not to use LibreOffice for editing my Microsoft Office files. I’m sticking with the online version of Word and Co. so I don’t have to keep downloading and uploading files to save changes. But there are still some missing features compared to the Mac version: I can’t print envelopes in Word, and links to files in Excel documents don’t work in the online version, both of which I rely on regularly. 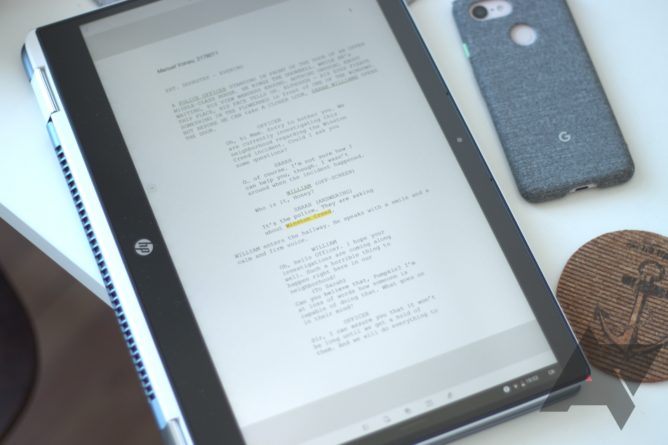 I tried doing my script reading and annotating on my Chromebook, but I’ve given up.

When I’m not writing for Android Police, I work as a script reader for a German TV channel, and I had high hopes in the Chromebook’s touchscreen for annotating PDF files. While the 14-inch touchscreen could be perfect for reading scripts in portrait mode, it ultimately failed to meet my expectations. I just couldn’t find an app or web service that perfectly fit my annotation needs, and I tried lots of them. There was just nothing that could come close to the excellent PDF Expert reader on macOS and iOS with native OneDrive syncing capabilities.

Missing my macOS apps and utilities

After settling for my word and image processing tools, I noticed that I missed some of my favorite Mac utilities. But Google has been working hard on improving Chrome OS over the last year and introduced some native features that can replace a few of these. The company has enhanced the launcher search with handy links to files, folders, settings, websites, apps, and more, copying my third-party Spotlight replacement Alfred that supercharges my productivity and file finding game on macOS. Google has also introduced a clipboard manager on the beta channel that helps when I juggle multiple links while researching stories, and I could replace Alfred’s snippet feature that automatically expands text when I type in a keyword with the TextBlaze browser extension.

But there are some native Mac features that I haven’t been able to replicate on Chrome OS properly. It’s a bummer I can’t batch-rename files, and even fundamentals like cluttering my desktop with files and folders are still impossible to do on Google’s OS for some reason. And let’s not mention video editing.

There are things that I prefer on Chrome OS, though, like the task switching behavior on alt + tab that shuffles through all windows instead of applications like on macOS. In fact, I’m using Contexts on my Mac to make app switching feel more like it does on Windows, Linux, and Chrome OS. And I absolutely love the Chrome OS holding space that shows me recent downloads, screen captures, and pinned files in a dedicated place in the taskbar (this is still in beta, though).

Apart from Instant Tethering and the usual data saved to my Google account, I haven’t gotten too much of an ecosystem advantage out of my switch to Chrome OS. Sure, I could use Google Drive to sync files across my phone and my Chromebook, and I could see my text messages on Messages’ web interface if I didn’t use Signal, but that’s also possible on other desktop OSs. 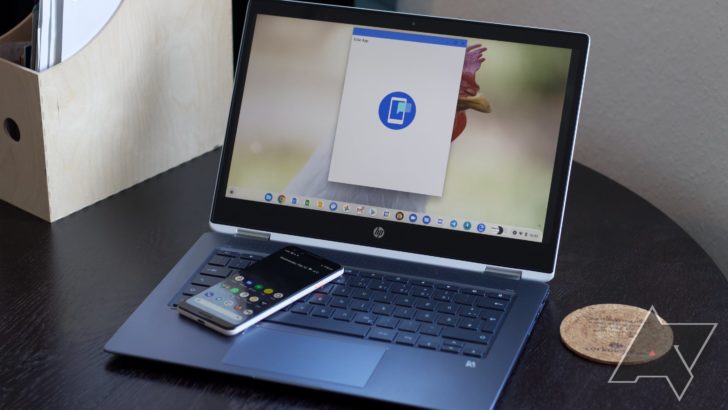 Android and Chrome OS don’t work together too well.

Compared to Apple’s excellent ecosystem advantages when you use both macOS and iOS or even Microsoft’s Your Phone app for Windows and Android, Chrome OS is still lagging behind, but Google is working on improving the situation with the Phone Hub. 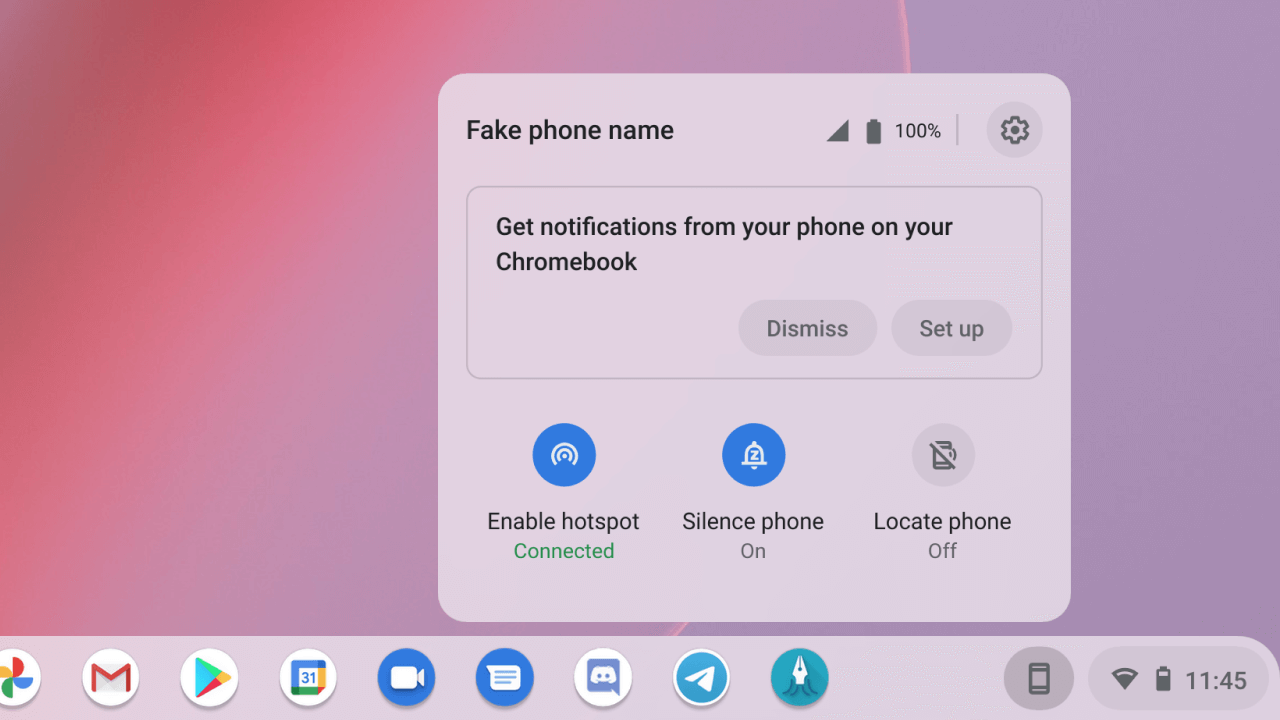 A mockup of Phone Hub.

I haven’t received the new Chrome OS Phone Hub yet (it’s currently rolling out), but it looks like it will change things quite considerably. It supercharges the existing cross-device options and will allow you to see your phone’s notifications and Chrome tabs. It’ll also let you enable the hotspot, silence your phone, and locate your device from your Chromebook. Google is even working on bringing phone screen mirroring to the OS, which I look forward to — though I must say, I’m not sure how badly I want deeper phone integration as I try to leave my phone out of reach when I don’t need it for screenshots or tests.

While I still don’t feel 100% at home on Chrome OS, Google has done a ton to improve the experience over the last year, and I got used to a lot of things and found workarounds for others. Chrome OS is definitely worth a look if your workflow mainly involves the web and some lighter Linux tools.

But to me, Chrome OS still doesn’t feel like a full-fledged operating system at times, and once you need more advanced tools than what’s built-in, things can get complicated easily. Turning on the Linux partition and installing apps requires some advanced knowledge or some diving into and might not be for everyone — it would be great if Google could build a Play Store-like experience for Linux apps, but I’m not sure if that’s something the company is even interested in.

If I could make a wishlist of features I’d love to see over the next year, I’d add better scaling for Android apps, an option to rename multiple files at once, a desktop I can clutter up with my files, a PDF annotation tool I can work with, and some proper OneDrive integration (a wish addressed to Microsoft).

In the initial version of this editorial, I said that I would stick with the Chromebook for now, but that I might pick up a new MacBook in the long term. Now that Apple has announced its first pair of ARM-powered MacBooks, I’m looking very closely at the MacBook Pro and might pick one up to replace both my iMac and Chromebook.

The article has been updated to reflect my experience a year after switching to a Chromebook.